I’ve made seemingly every Chicken Tortilla Soup recipe, but this is the first one I’ve been really excited about! Ready in under 1 hour and SO EASY! 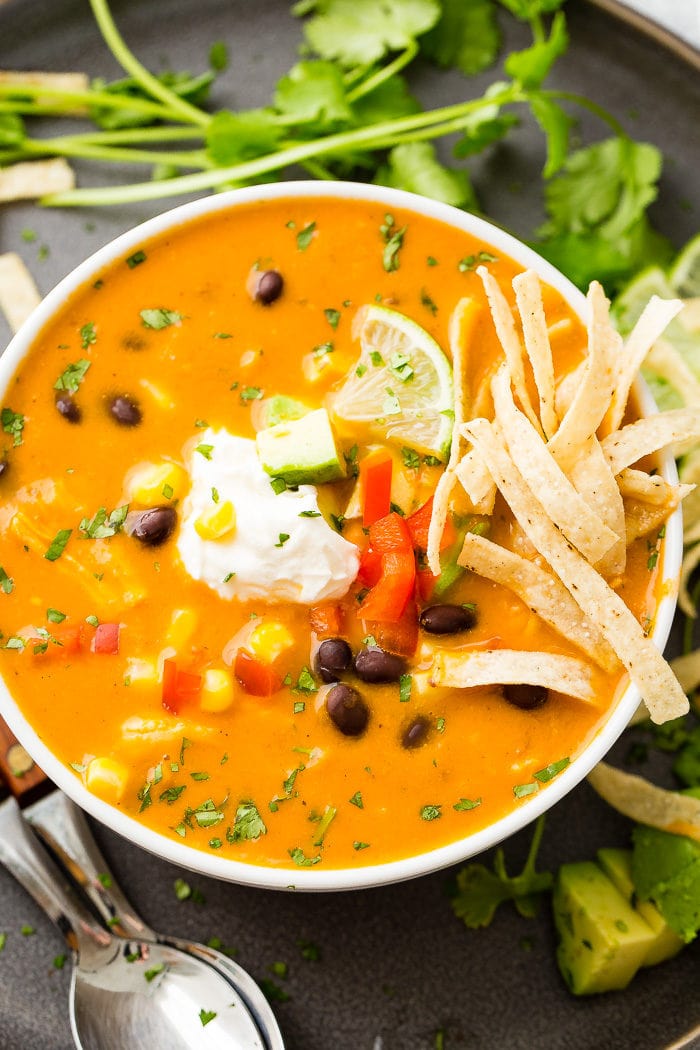 I know, you’re probably thinking that once you’ve had one chicken tortilla soup, you’ve had them all.  There’s not much to them, right? I guarantee you that train of thought ends here! This tortilla soup is phenomenal!

It all starts with a flavorful base of all kinds of veggies that is smooth and oh so tasty. Then we add all your favorite chunky tortilla soup essentials and top it with crunchy tortilla strips, slices of avocado, and more cheese!

Tip: This recipe requires a blender. Don’t have a blender or have one that’s not awesome? You guys, you HAVE TO get our favorite blender, the Blendtec! It’s in our Shop and you get 25% off with code ohsweetbasil at checkout! 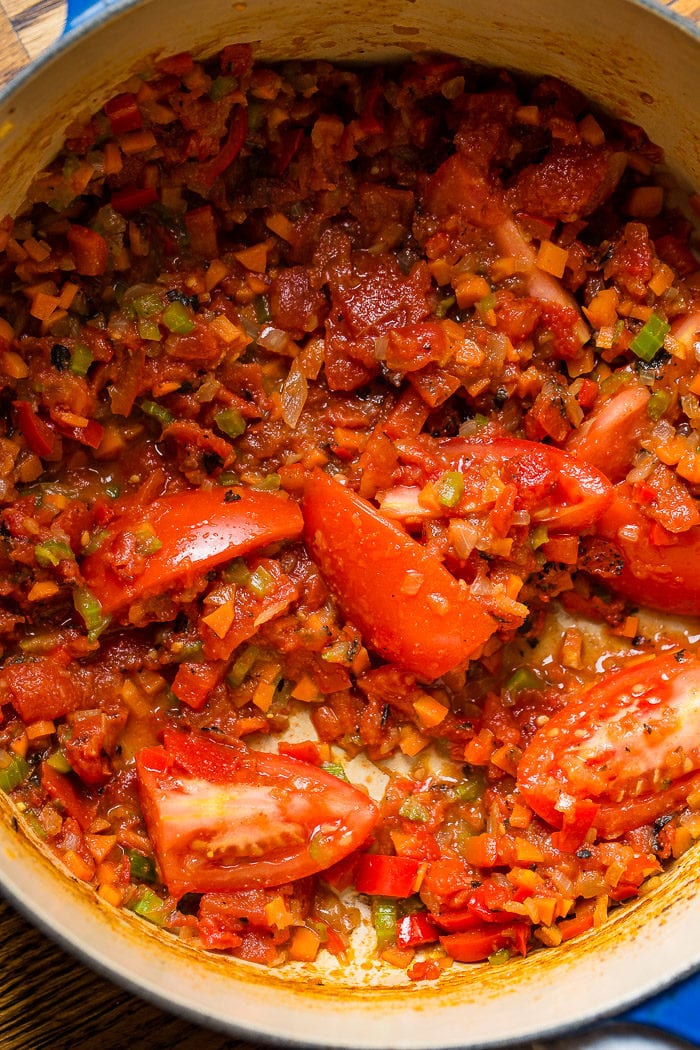 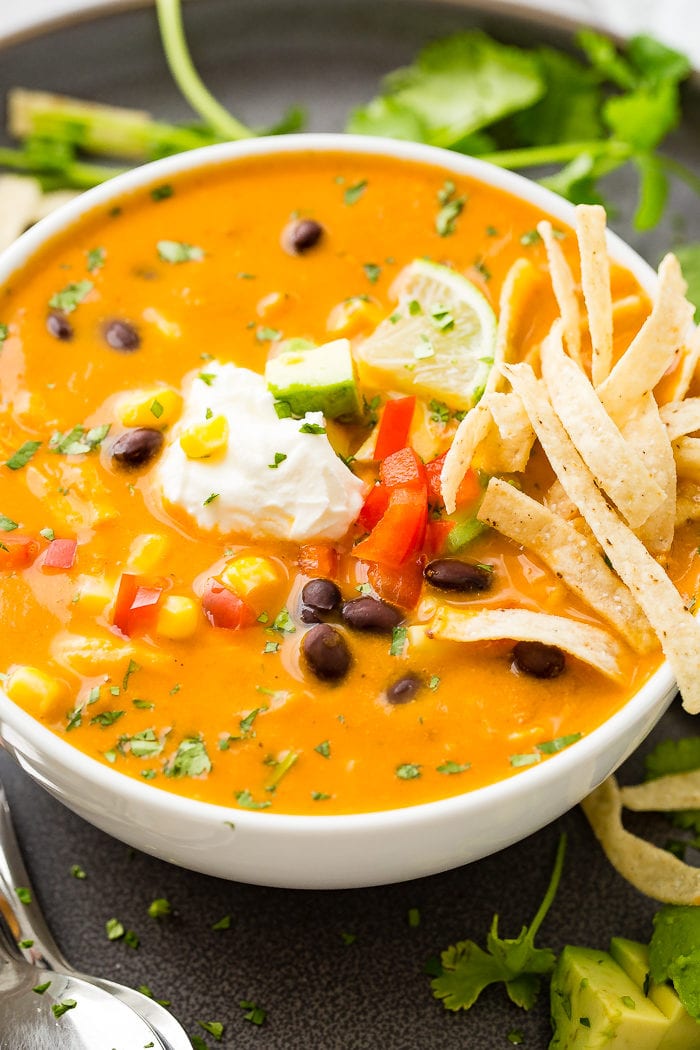 How to Make Chicken Tortilla Soup

Let’s get into the details of what makes the base of this soup.

How to Cook and Shred Chicken

Ok, before I get 100 emails about how we cook the chicken for this soup, let me explain now. I just put a little olive oil on the chicken and some salt and paper and bake in the oven for 20-30 minutes at 375 degrees F. Then I shred it and add it to the soup. 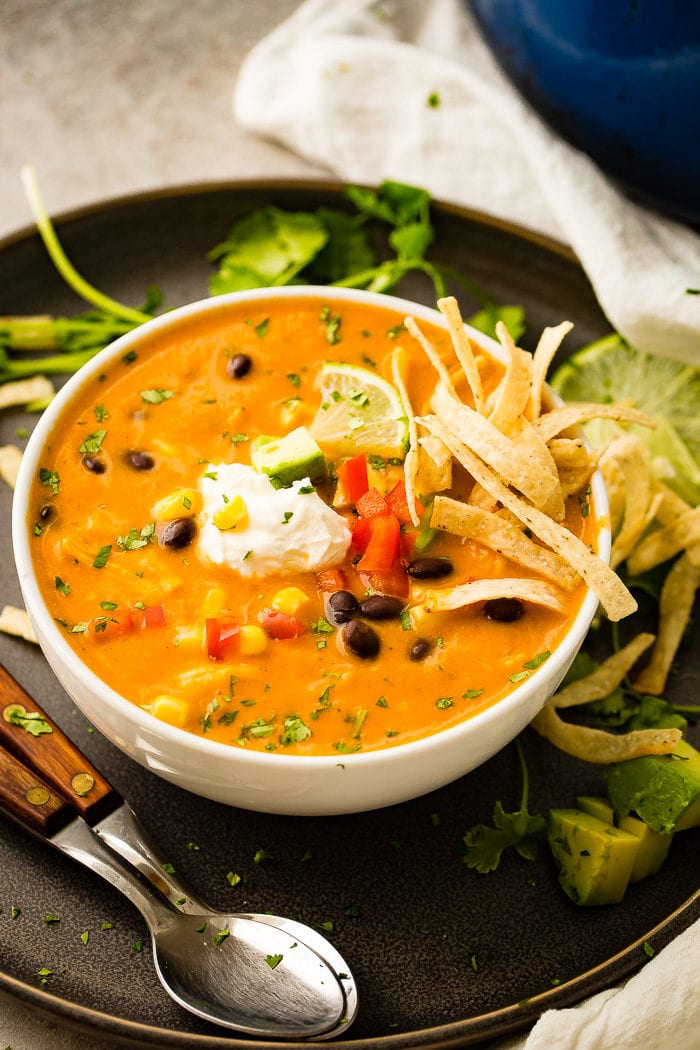 I love the creamy soup base, and the chunks of chicken, corn and beans, but if I’m going to be totally honest, it’s the toppings that totally do it for me! They add texture and flavor and can be totally personalized depending on what you like. Here are just a few ideas:

Once you’ve topped it, you are ready to dig in and go to tortilla soup heaven. 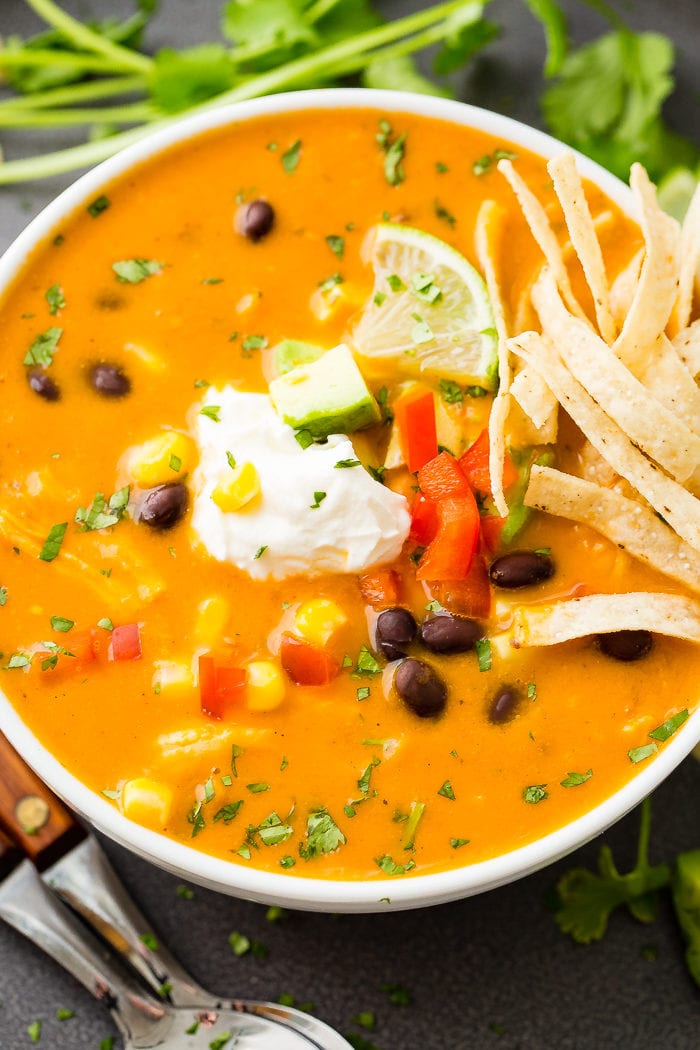 What to Serve with Chicken Tortilla Soup

I am all about a chunk of bread when I’m eating chicken tortilla soup! You could do something healthier like a fruit salad, but I’m all about the carbs! I need bread to dip! Here are a few of our favorites:

Can You Freeze Chicken Tortilla Soup?

This soup freezes wonderfully! Let the soup cool to room temperature or even in the refrigerator. Store in a freezer bag or airtight container. It will be good for 3-4 months. To reheat it, let it thaw in the refrigerator and then warm it up in a pot on the stove.

Can Chicken Tortilla Soup Be Made in a Slow Cooker?

Slow Cooker: complete steps 1-5 as written, then pour everything into the slow cooker and cook on low for 2-3 hours.

Can Chicken Tortilla Soup Be Made in an Instant Pot?

Instant Pot: cook the chicken for 6 minutes, then sauté the vegetables in the IP and blend in a blender. Pour everything back into the IP and cook on “manual” for 6 minutes with a quick release.

How to Tweak for Specific Diets

This recipe is super easy to alter to accommodate all sorts of dietary needs.  Let me run through just a few of the changes you could make: 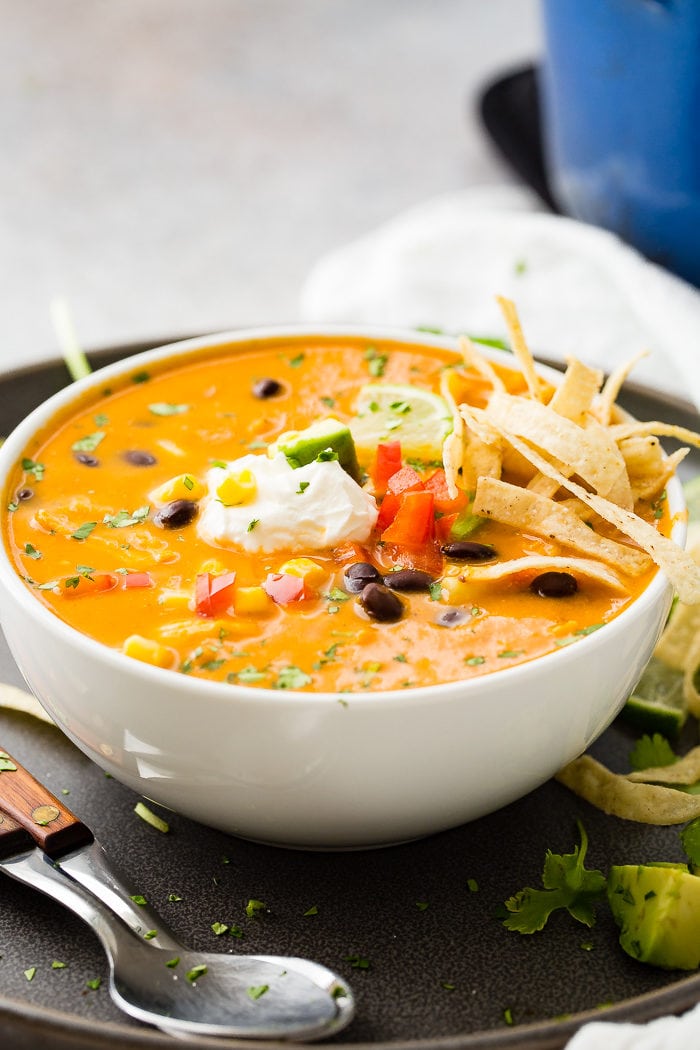 When you make this Best Ever Chicken Tortilla Soup, or make any of the alterations for a specific diet, take a picture and tag us! We would love to hear how it goes!

Looking for a few different soup recipes other than this Best Ever Chicken Tortilla Soup? Here are just a few to get you started: 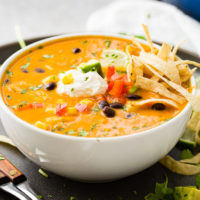 The BEST Chicken Tortilla Soup I Ever Made

4.18 from 253 votes
Prep Time: 10 minutes
Cook Time: 30 minutes
Additional Time: 2 minutes
Total Time: 42 minutes
Servings: 10
Save Recipe Print Recipe
I've made seemingly every Chicken Tortilla Soup recipe, but this is the first one I've been really excited about! Ready in under 1 hour and SO EASY!