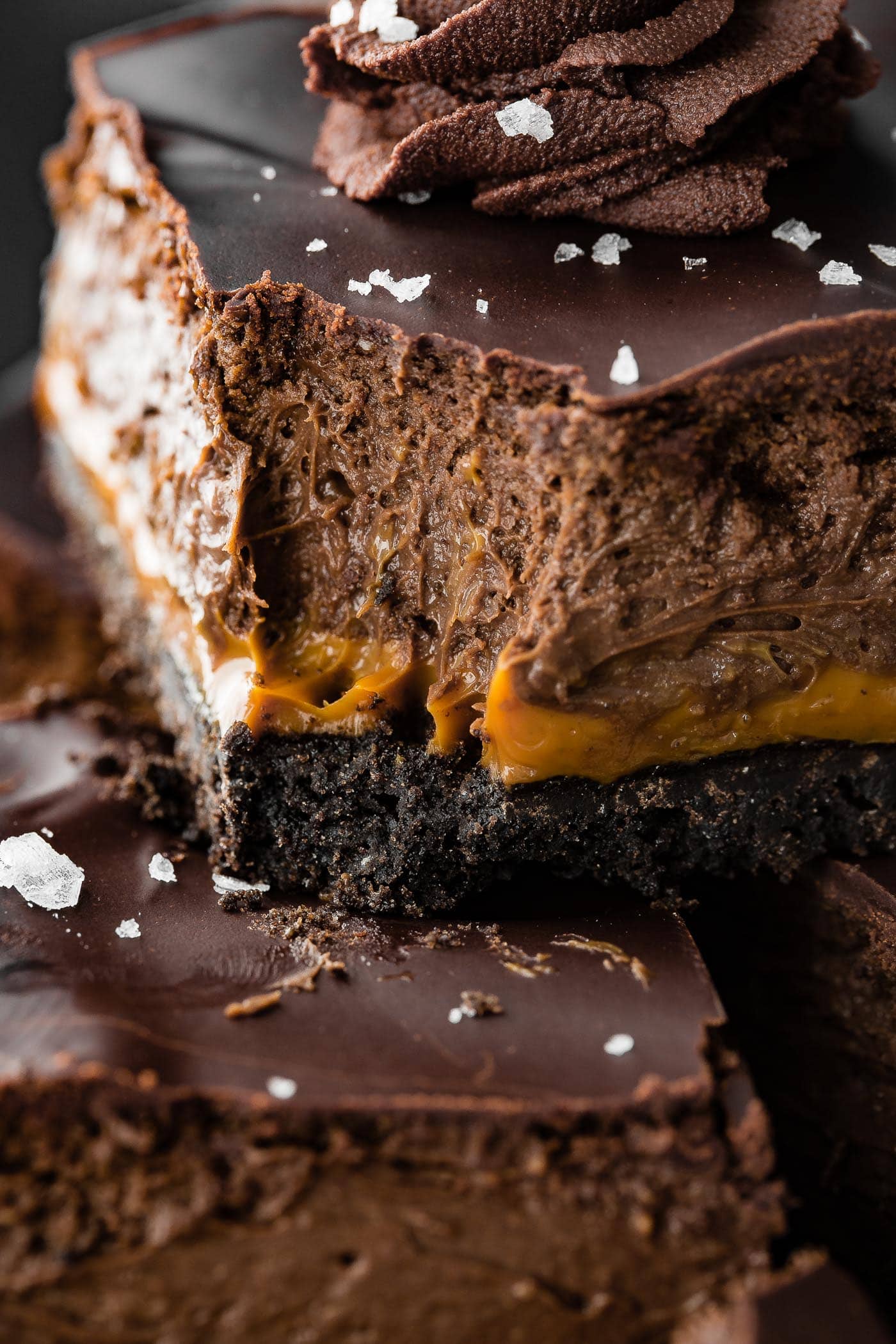 Can we just sit and snuggle and stare at these bars all evening?

A layer of thick and indulgent dulce de leche- heaven on earth if you ask me.

Creamy chocolate cheesecake that will make you weak in the knees.

Silky chocolate ganache with a sprinkle of flaked sea salt- if  that’s not a finisher I don’t know what is.

I’ve long admired Baker by Nature and her incredible recipes and photography. She nails it every single time.

It’s  not very often that I’ll talk about another blogger’s recipe and it’s not because I don’t have love for them, I do! It’s just because my own brain is full of so many ideas I just can’t fit in recipes from others.

No really. You should see the constant list of recipe ideas we have on hand. There’s hundreds and my “finisher” personality gets all worked up at the thought of never getting all of those recipes done. It would feel so satisfying to me. But the problem is for every recipe I cross off I think up 6 more so it never ends.

That is until I couldn’t get these chocolate cheesecake bars out of my head. You should for sure go check out her incredible photos. They are unreal. But I couldn’t stop thinking about adding dulce de leche. It just had to happen.

And so, I’ve put all of my recipe ideas and Cade’s on hold, let’s get out our sweat pants and netflix together because these dulce de leche chocolate cheesecake bars call for staying in. 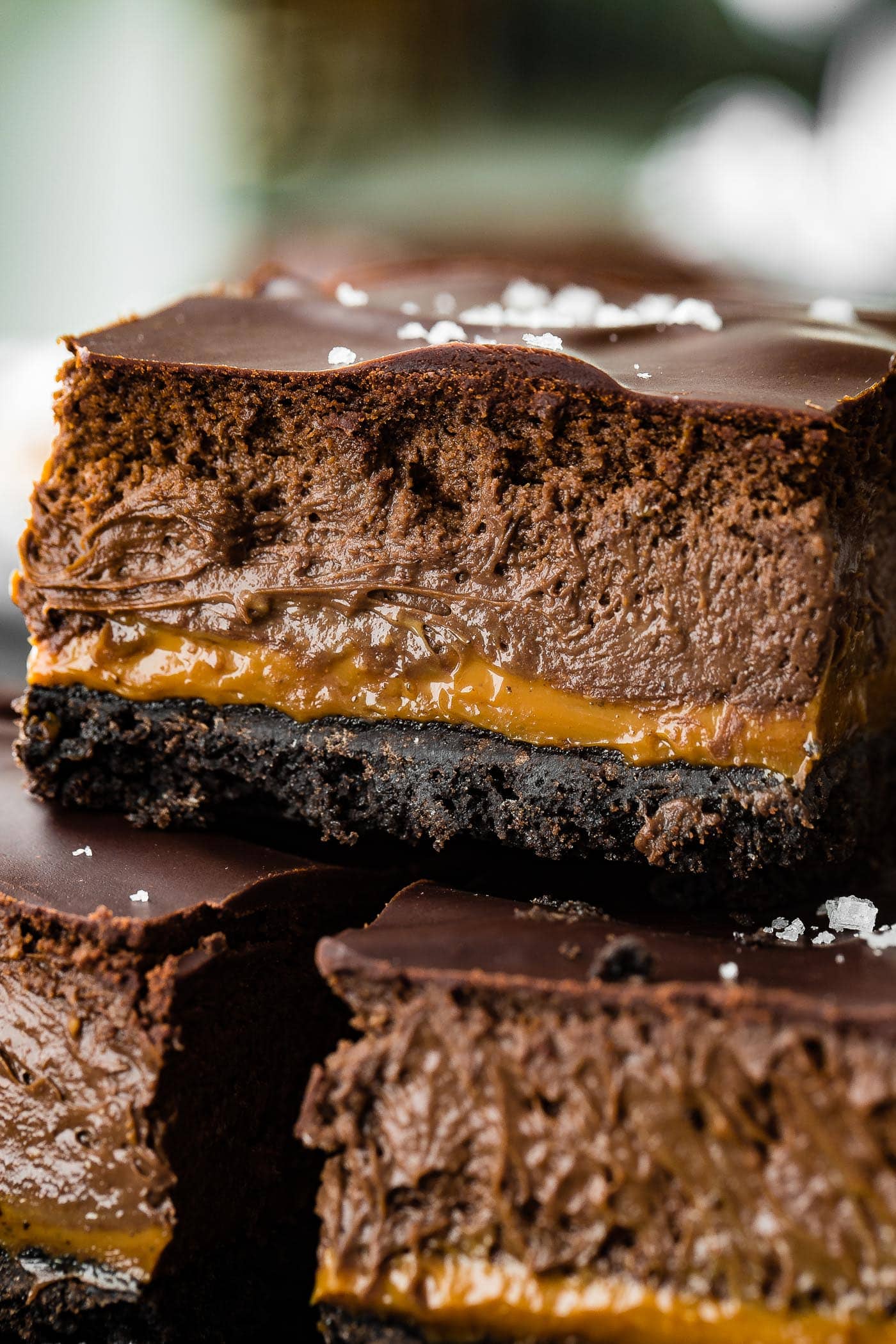 Is Dulce de Leche the Same As Caramel?

Dulce de leche is luscious and it reminds me a lot of caramel, but no they are not the same.

The main difference between these two is that dulce de leche is made from condensed milk or sometimes milk and sugar, and caramel is made from sugar and water.

Clearly there is one far superior than the other, how could you ever compare milk versus water?!

How Do You Soften Dulce de Leche?

You can soften dulce de leche in the microwave or a pan over low heat on the stove. 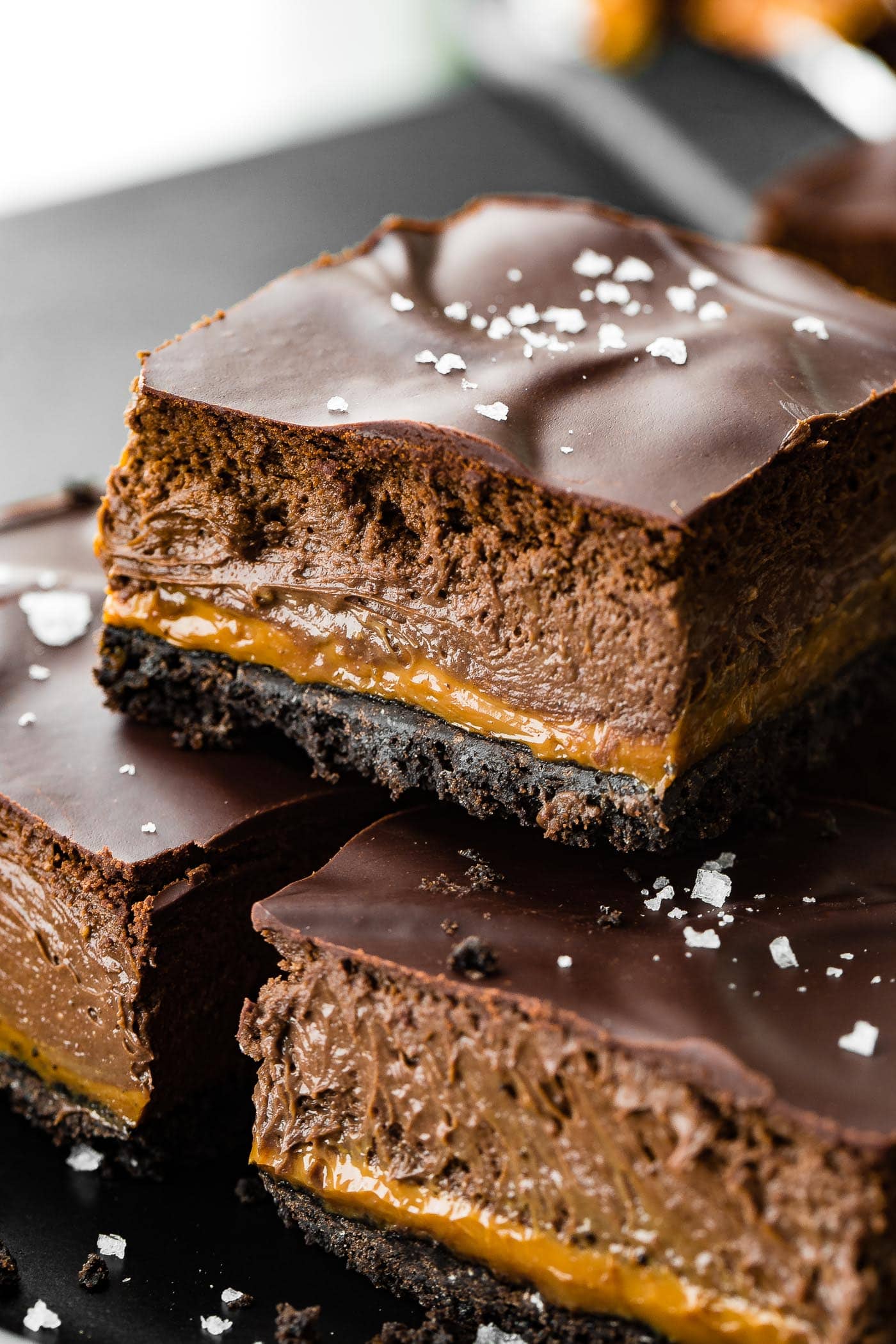 Is Heavy Cream And Half and Half The Same Thing?

No. Heavy cream, half and half and even whipping cream are all different. Half and half is simply equal parts milk and cream. Whereas heavy cream is just cream.

The major difference lies in the fat. 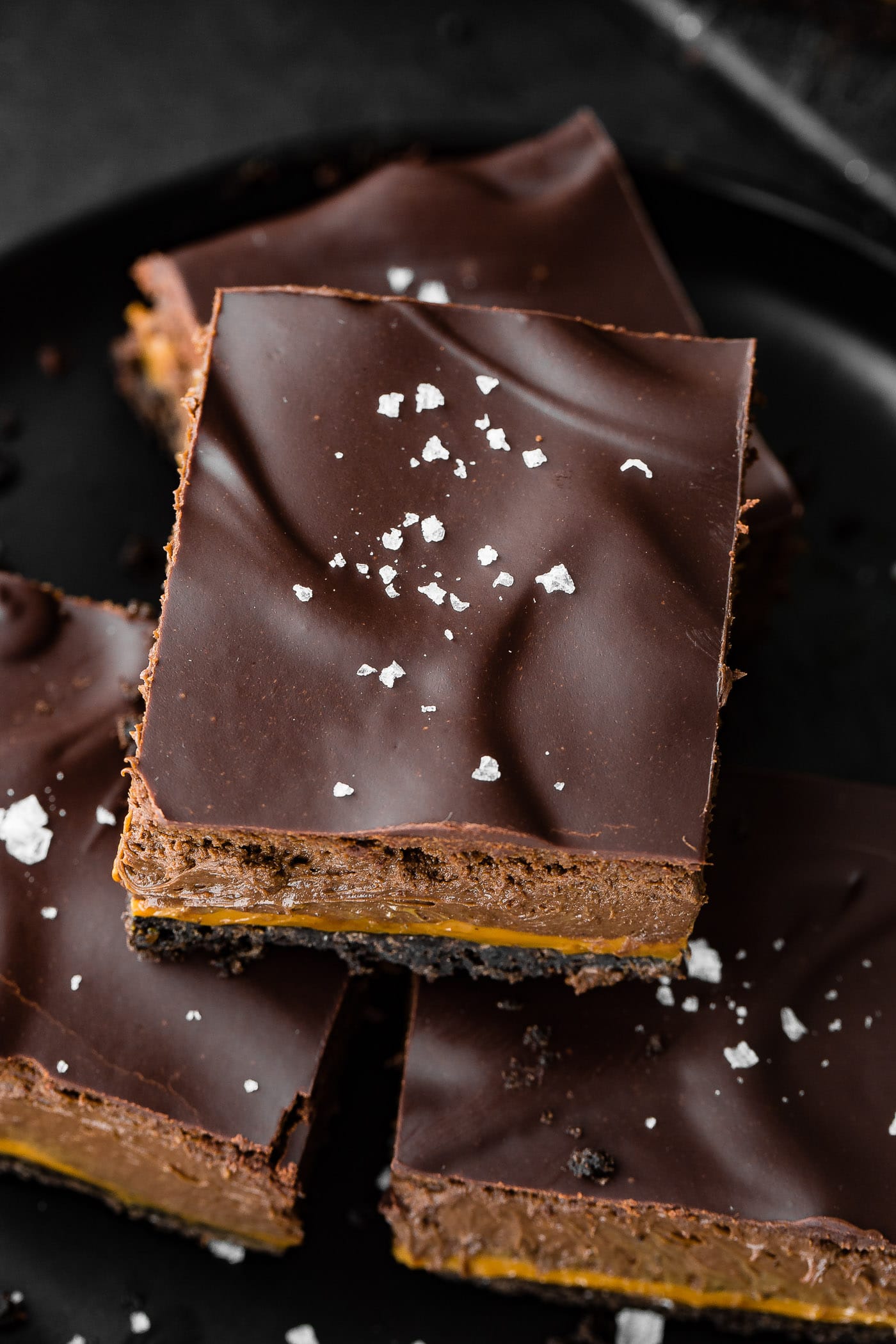 Which Cream to Buy for Whipped Cream

You can actually buy either whipping cream or heavy cream for whipped cream, but we prefer HEAVY CREAM. The higher fat content will give better flavor but more importantly, it will hold its form better than just whipped cream.

Is Neufchatel Cheese the Same as Cream Cheese?

We use neufchatel cheese instead of cream cheese all the time when we are looking to save a little on fat and calories. They are very similar products.

Both cheeses are dense, tangy and spreadable when softened.

The biggest difference between the two is the Neufchâtel is made using only milk (23% milkfat), and, cream cheese is made with milk and cream (33% milk fat). 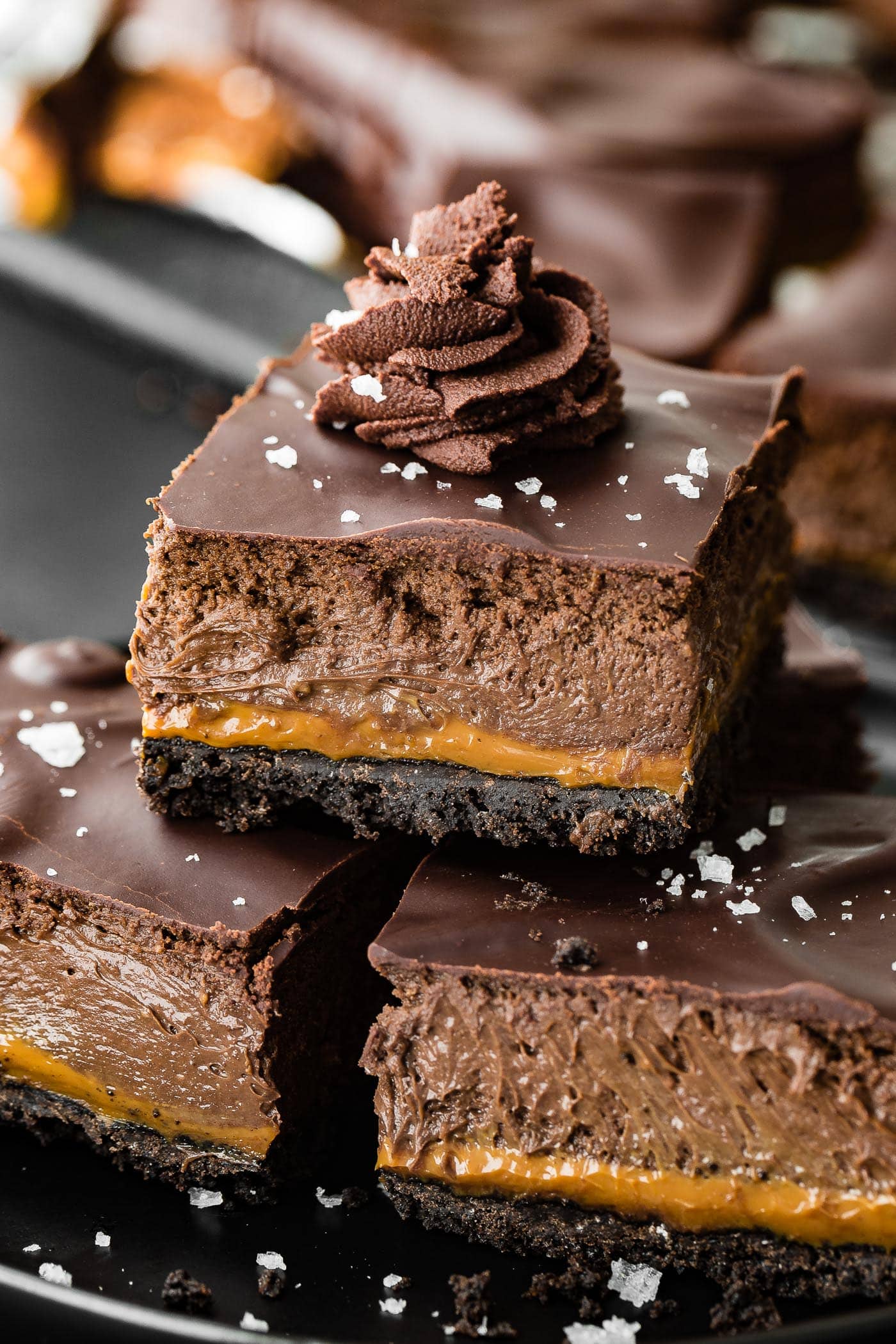 Ganache is mixture of chocolate and heavy cream, used to make truffles and other chocolate candies, or it can be used as a filling in cakes and pastries.

The texture of ganache depends on how much cream to chocolate is used: a greater amount of cream creates a “loose” ganache that is fairly liquid at room temperature, suitable for frosting cakes.

A greater amount of chocolate creates a “firm” ganache that has the consistency of thick paste at room temperature, and that hardens when refrigerated. This type of ganache is often formed into balls and rolled in cocoa powder to create simple truffles. 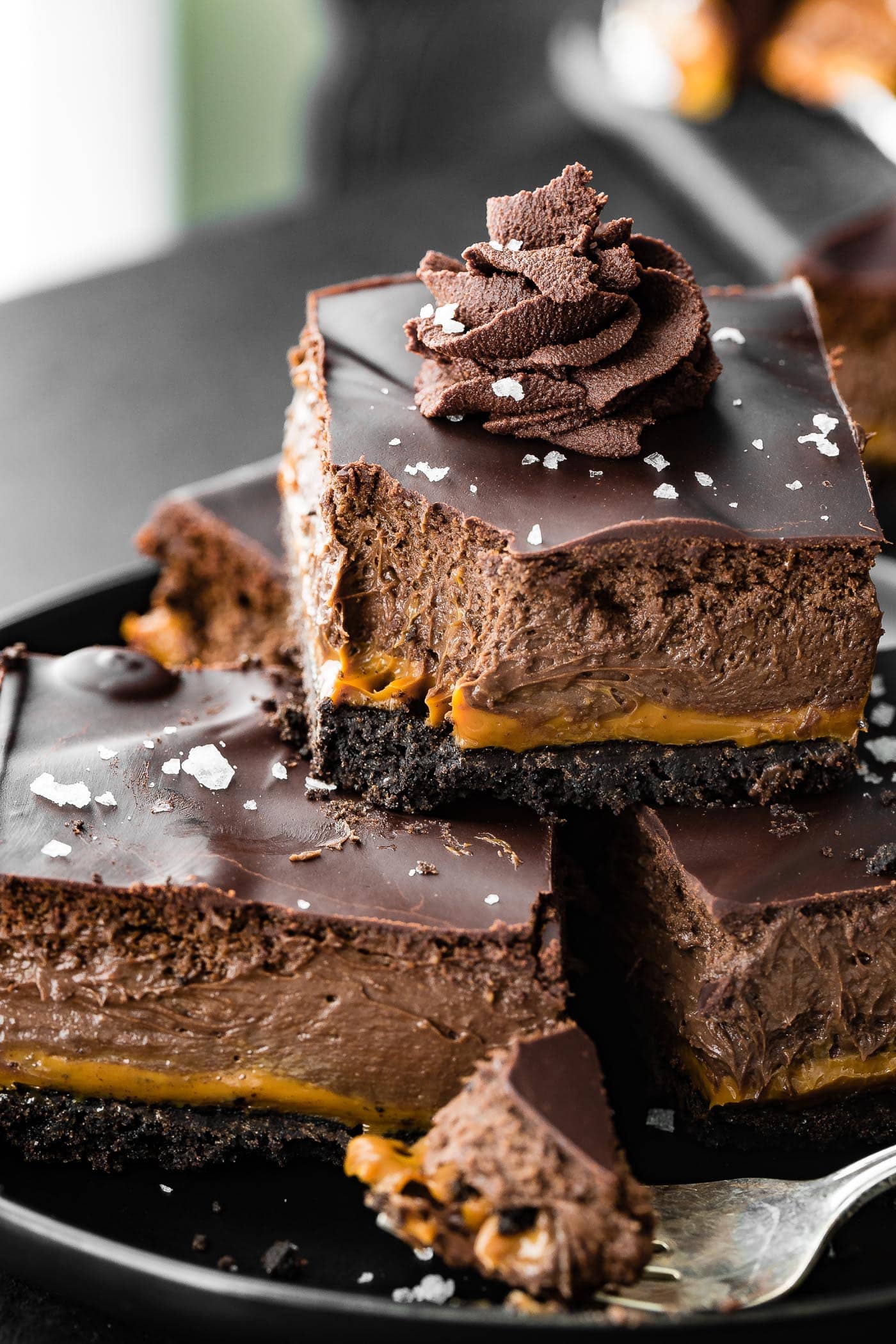 How to Pipe Whipped Ganache

We chose to do a whipped ganache just to lighten things up a bit since it has powdered sugar in it. 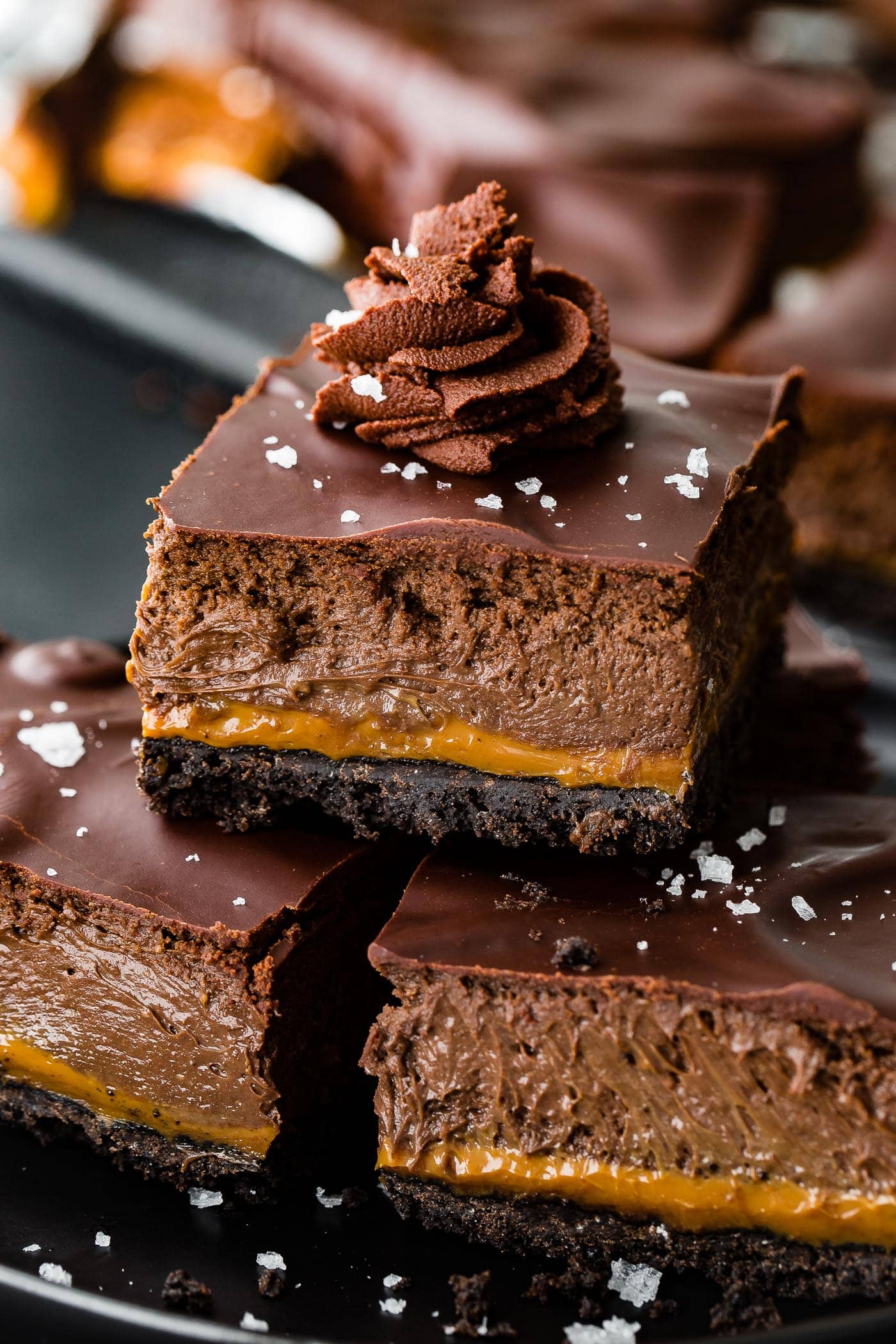 How to Pipe Ganache

For a more shiny look this is how you pipe ganache. 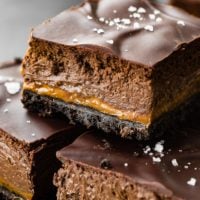