These peanut butter cheesecake Oreo brownies have five layers of brownie, cheesecake, and cookies. And they promise to be out of this world good! 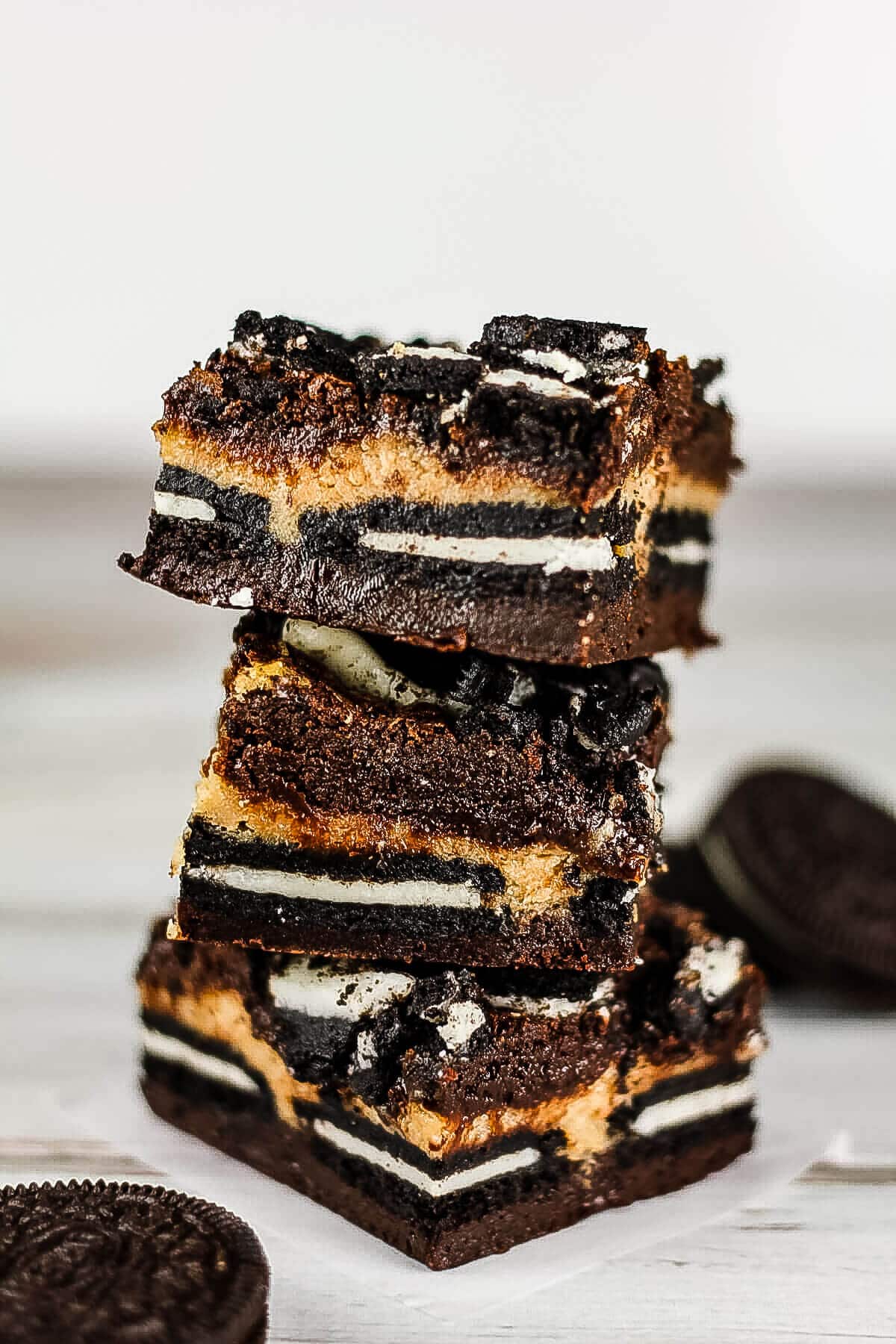 Hello, it’s Haley here! You can usually find me over at Flour Covered Apron. But today, I’m honored to be here on Oh Sweet Basil, and excited to bring you the recipe for these out-of-this-world peanut butter cheesecake Oreo brownies. Oh, you read that right, my friend!

will cheesecake spoil if not refrigerated 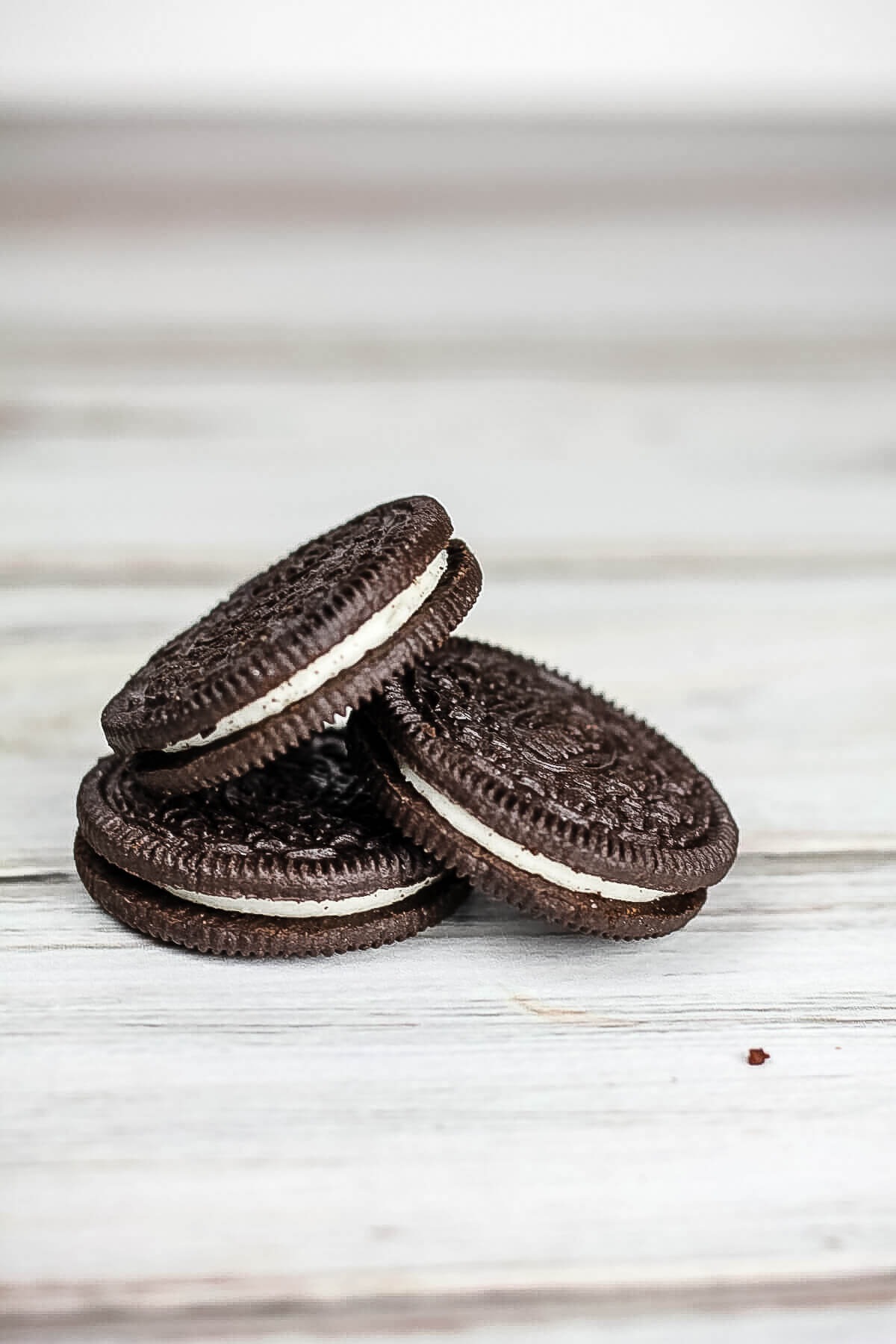 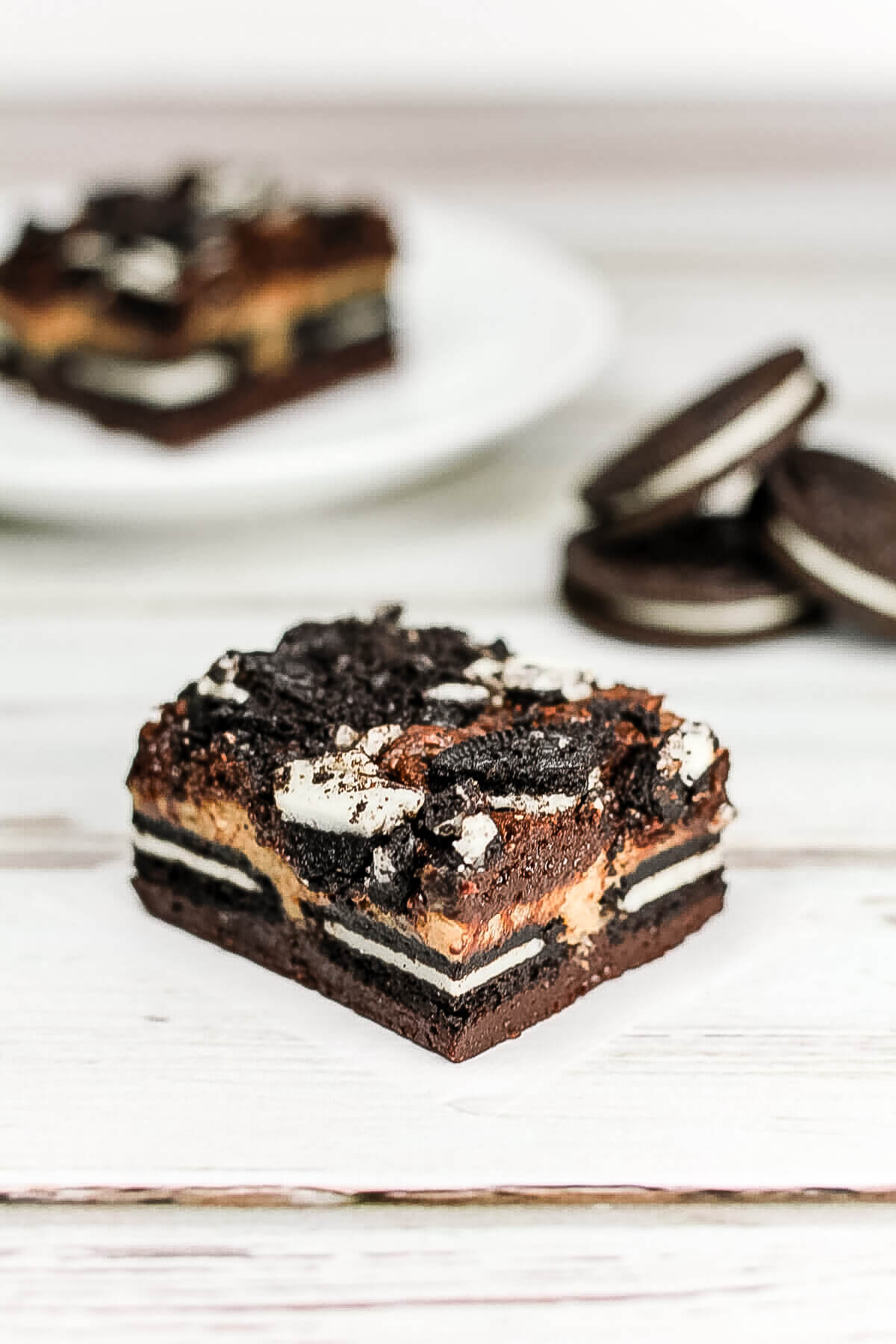 Inspired by leftover Oreos from the cake, and some cream cheese that I happened to have on hand, I wanted to make a cheesecake brownie bar with the same peanut butter, chocolate, and Oreo combo. Cheesecake is one of those things that automatically increases the indulgence factor of any dessert, so I knew it would be the perfect addition to these brownies. 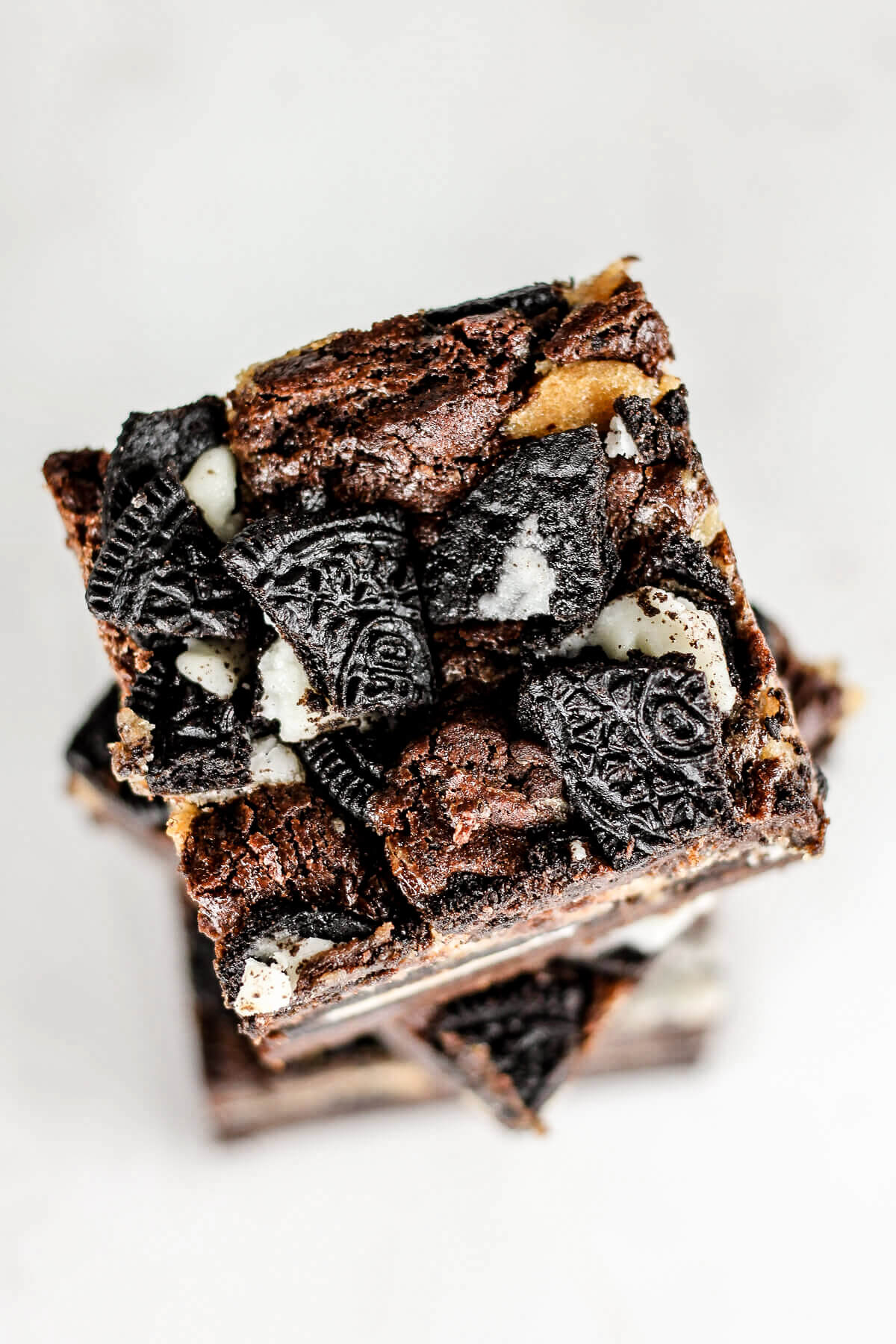 And I’m all about indulgent desserts, so let me tell you about the five layers of goodness in these peanut butter cheesecake Oreo brownies! Naturally, we’re starting off with a base of super fudgy brownies. This recipe calls for both melted chocolate and cocoa powder in the batter because in my opinion, you can never go wrong with more chocolate!

Second, comes a layer of Oreos. I used straight-up whole Oreos because I just love the look of the cookie baked into each bar. Third, right in the middle, is the creamy peanut butter cheesecake filling, which is then topped with more brownie batter. And finally, we’re covering the top of these brownies with more Oreos (crushed this time) to finish it all off!

You will need to chill these for at least a few hours before they are ready to slice, so you’ll want to plan ahead. Trust me, I know it’s tempting to dig in right when it comes out of the oven. But, I promise, these peanut butter cheesecake Oreo brownies are well worth the wait. Happy baking!

Will Peanut Butter Cheesecake Oreo Brownies spoil if not refrigerated?

Because these Peanut Butter Cheesecake Oreo Brownies have been baked, it is generally safe to let them stay at room temperature for a day or two, but if we won’t eat them right away, I’ll usually store them in the refrigerator or freezer.

If you love these, then you have to try these other BAR DESSERTS: 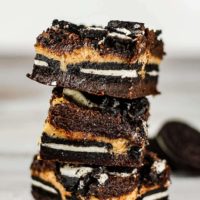 0 from 0 votes
Prep Time: 35 minutes
Cook Time: 45 minutes
Total Time: 1 hour 20 minutes
Servings: 16 two-inch bars
Save Recipe Print Recipe
These peanut butter cheesecake Oreo brownies have five layers of brownie, cheesecake, and cookies. And they promise to be out of this world good!

Peanut Butter Cheesecake Oreo Brownies, like most other baked goods, can be frozen successfully, though we would be a little cautious on freezing anything which has a cheesecake swirl or layer as these can sometimes “sweat” a little on thawing (they are fine to eat but may feel a little moist on the surface).

The easiest brownies you’ll ever make! 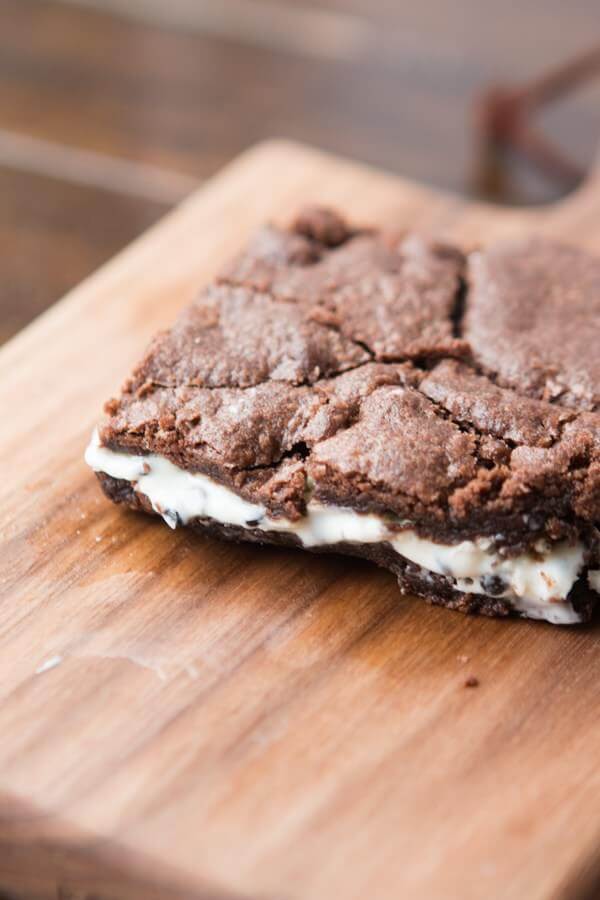