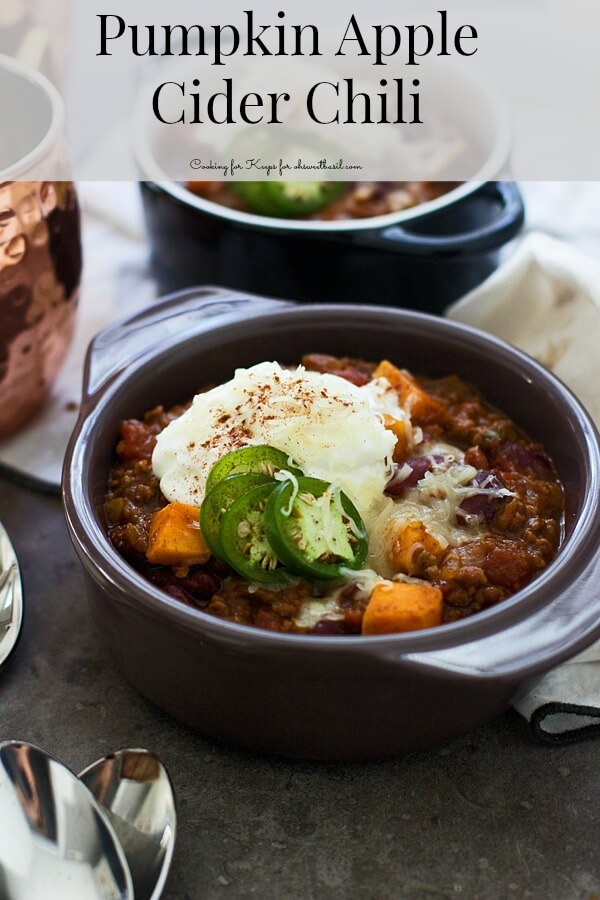 I don’t know about you, but when fall rolls around, I’m alllll about the soups. Pureed soups, chunky soups, cheesy soups, vegetarian soups, healthy soups – you name it, I like it. My husband, on the other hand, only likes super hearty soups that have loads of meat in them and require some sort of chewing. When we were first dating, I tried to serve him what I thought to be one of the best tomato soups on the planet; it was velvety, full of flavor and lovingly made from scratch, what more could you want? I immediately knew he wasn’t into it when he didn’t lick every last morsel of the bowl like I so elegantly did. After much prying and, “it was good,” lackluster answers, I finally got it out of him that he hates silky smooth soups, because, as he described, eating a pureed soup is basically just like drinking a hot cup of liquid, so not his thing. Whatever dude.

So now, I try to stick to what he likes – super chunky, slightly spicy soups and stews made with copious amounts of “stuff.” One of his favorites on a chilly fall or winter night is a steaming hot bowl of chili, we have it so often that I like to play around with different variations and ingredients. This version is perfect for the start of cooler weather since it’s full of pureed pumpkin and apple cider – the epitome of fall of flavors. 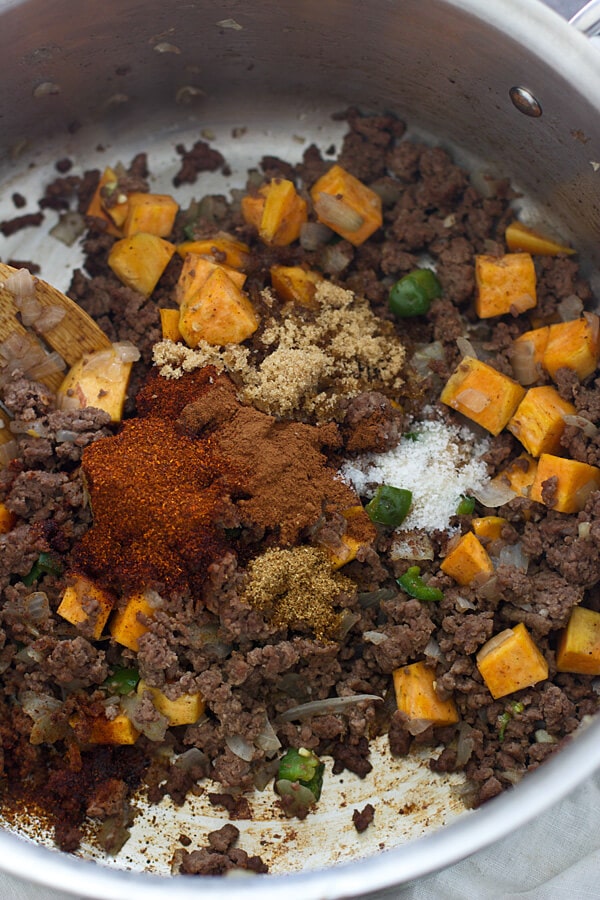 The base starts as most chili recipes do, with lots of garlic, onion and ground beef. I add in a couple diced sweet potatoes to later complement the pumpkin and then cover the mixture in smoky chili powder, spicy chipotle powder, cumin and plenty of salt. It’s then doused in the apple cider, pumpkin puree, a little bit of chicken stock and a can of kidney beans. The mixture comes to a boil, then is reduced to a simmer and cooked until all the flavors meld together.

Serve with your favorite cornbread recipe and you’ve got yourself the perfect fall meal! 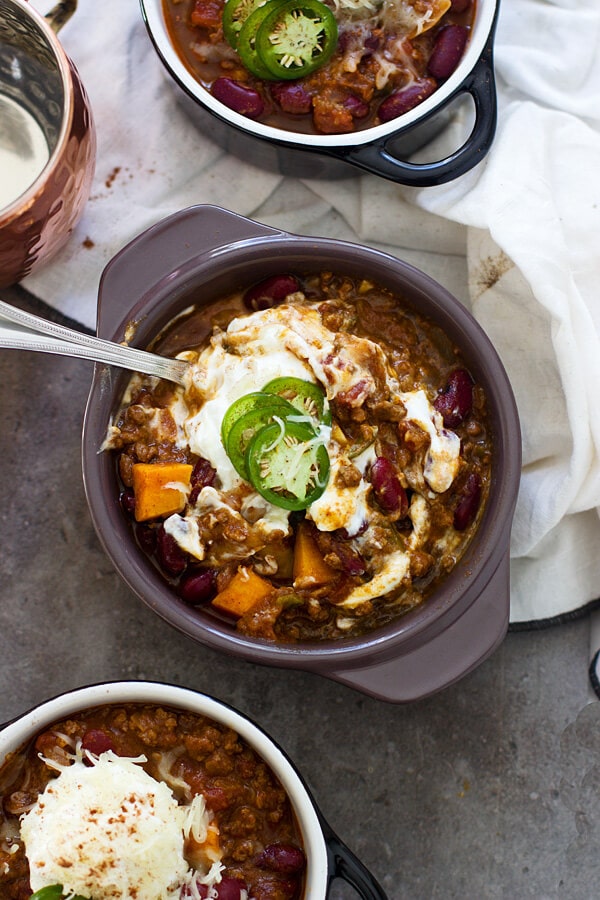 Are Apple Cider and Apple Juice the Same Thing?

Both apple cider and apple juice are made from the juice of apples.

Apple cider is raw apple juice that has not been filtered to remove the coarse particles of pulp.

Does Chili Have Beans?

Traditional red chili is any kind of meat or combination of meats, cooked with red chili peppers, various spices and other ingredients, with the exception of BEANS.

Is Chili Good For You?

Chili is often thought of as being greasy and unhealthy, but that is not true.

Most of today’s chili recipes are full of Healthy ingredients and nutrients.

Beans are a rich source of fiber and B vitamins.

They are also a great replacement for meat as a source of vegetarian protein.

Here are some more CHILI RECIPES that you’ll love: 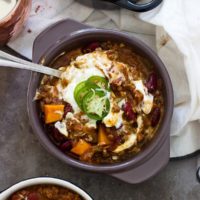 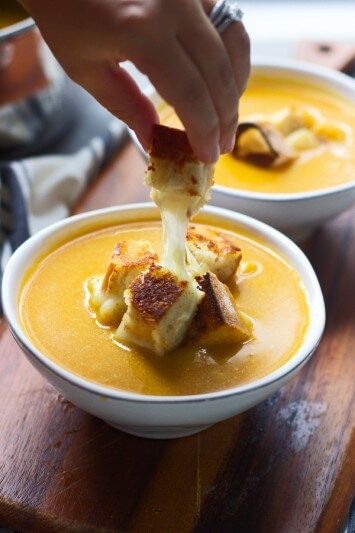 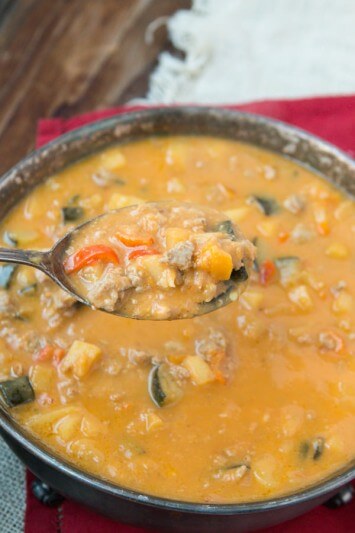 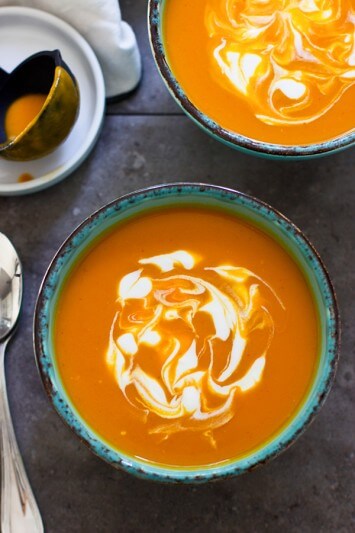 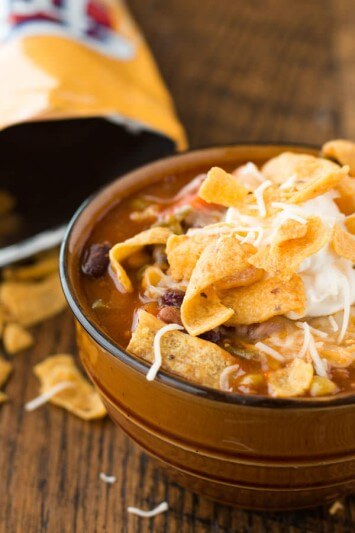 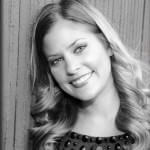