Golden hash browns make a great crust for this hash browns ham frittata! Serve as is or with hot sauce for a spicy little pop!

What is a Frittata?

Frittatas are an Italian dish made with fried beaten eggs, resembling a Spanish omelet. 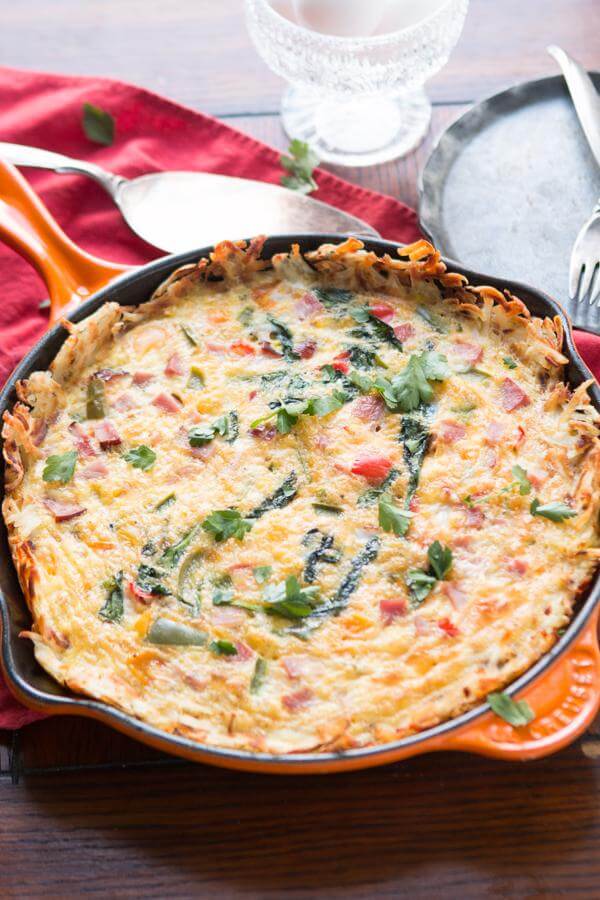 Our cookbook, Our Sweet Basil Kitchen has been doing so well and continues to be sold around the country all thanks to our sweet readers and friends. How can we ever thank you for always standing by our sides, supporting and cheering us on? Thank you so much from the bottom of our hearts! This Hash Browns Ham Frittata is one of the exclusive recipes from the cookbook and as a thank you for your love and support we wanted to share it with all of you! 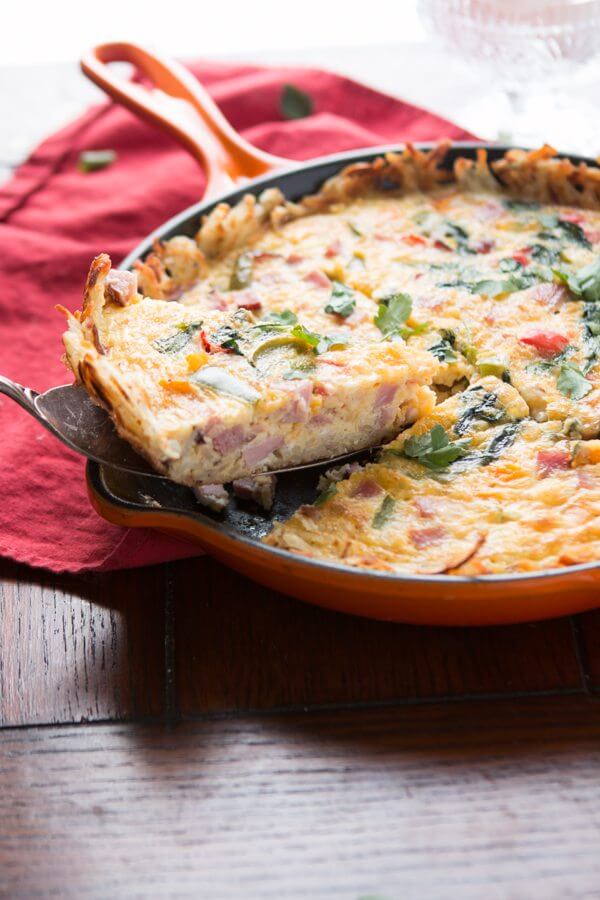 We hardly ever post savory breakfast recipes and I’m not sure why as Cade and I definitely love a savory breakfast. This hash browns ham frittata is one of our personal favorites but to be honest I’m not sure if it should be considered a frittata or a quiche, but for us it’s delicious and that’s what matters.

What is a Quiche?

Quiche is a baked flan or tart with a savory filling thickened with eggs.

You start out by browning some shredded hash browns in a pan with some oil. Cook each side until golden and then set the first batch on a plate while you finish the second. The second batch will be the bottom crust while the first is going to be torn apart in strips and pressed against the sides.

How do You Cook Hash Browns? 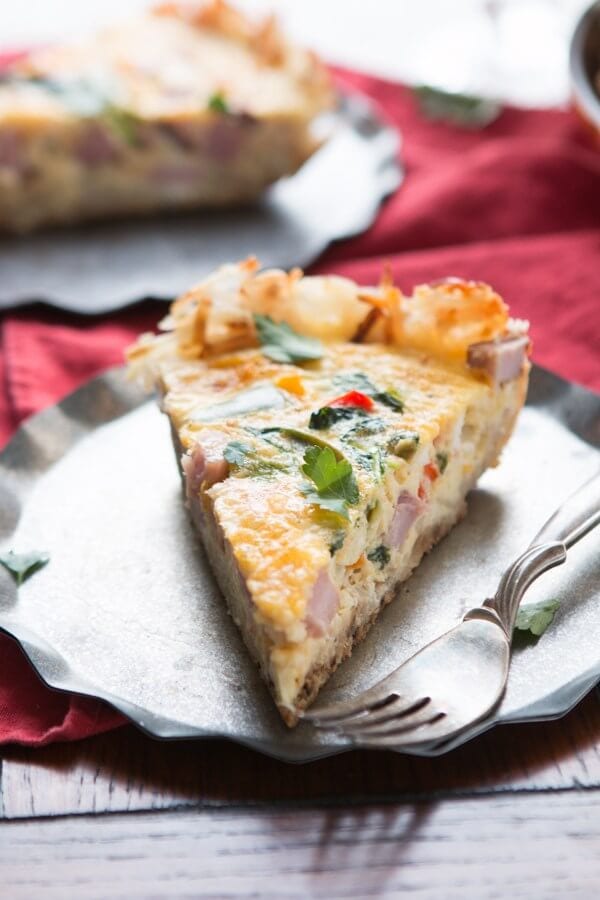 After the crust is in place, pull out a new pan and saute your peppers and ham. Now, I know this is a bit of back and forth but pull your ham off the hot burner and add the potato pan back on so the cold crust can start to reheat 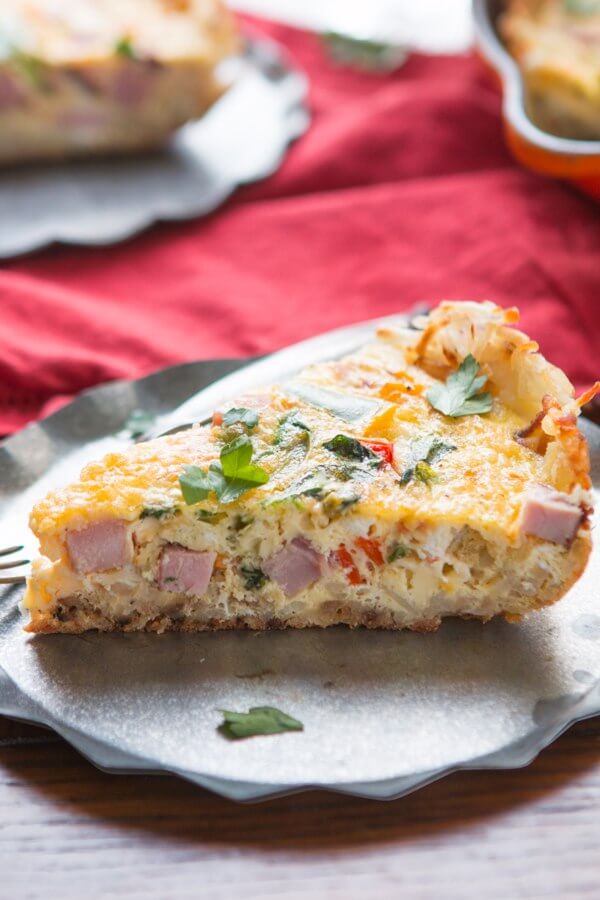 In a bowl, whisk your eggs, milk, cheese and seaoning. You can skip the milk if you needd to or even add water but I’ve found the eggs are fluffier with it. Mix the ham saute with your egg mixture and pour it in the hash brown crust. Let it cook for only about 30-45 seconds so the edges just start to set. 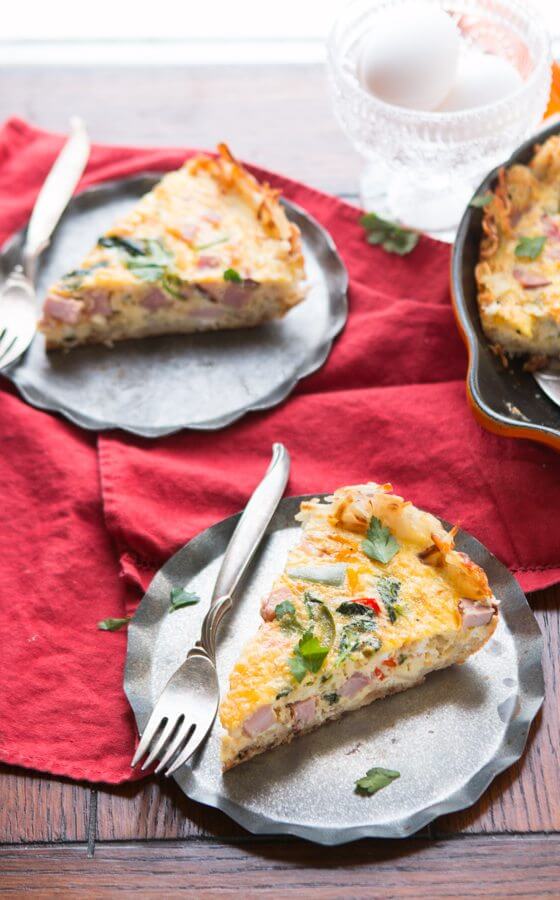 Now toss the whole thing in the oven for 10-12 minutes and Cade likes to serve his with a dash of hot sauce, I like mine as is or I secretly like a drizzle of ketchup, don’t judge me. 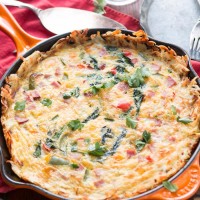 Good quality sausage in a pan topped with gooey cheese, crisp bacon and fluffy eggs all on a buttered bagel or English muffin, but trust me it’s awesome. 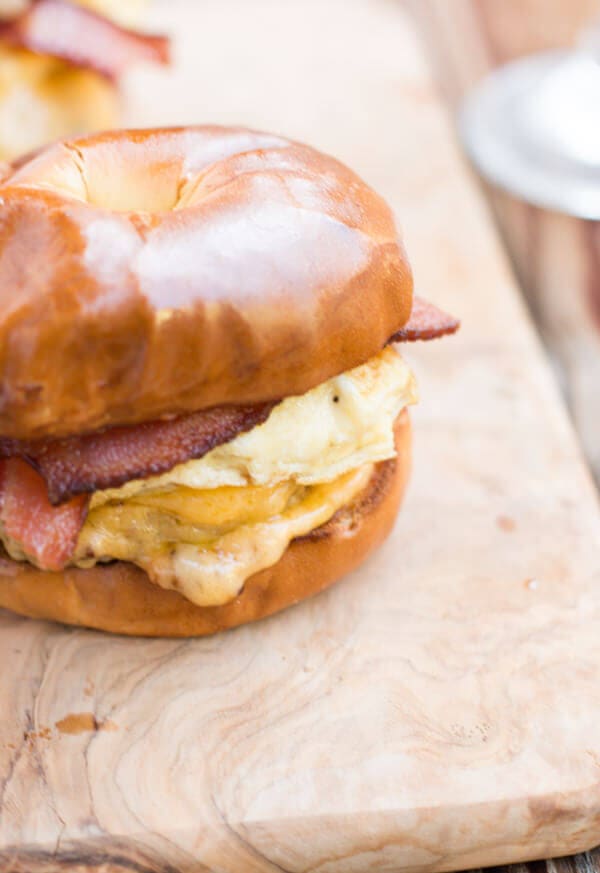 Toad in a Hole 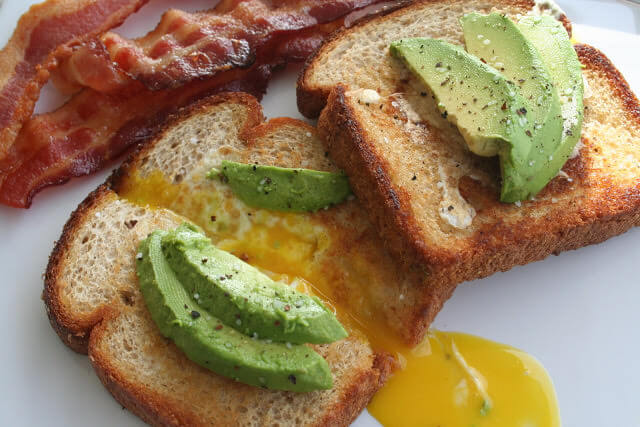