Who wouldn’t love a crisp, fried egg roll full of meat and cheese? These Philly Cheesesteak Egg Rolls are perfect for football games and parties!

No, Philly Cheesesteak egg rolls are made with wheat wonton wrappers and stuffed with  julienned peppers  and onions basted in soy sauce (also not gluten free). 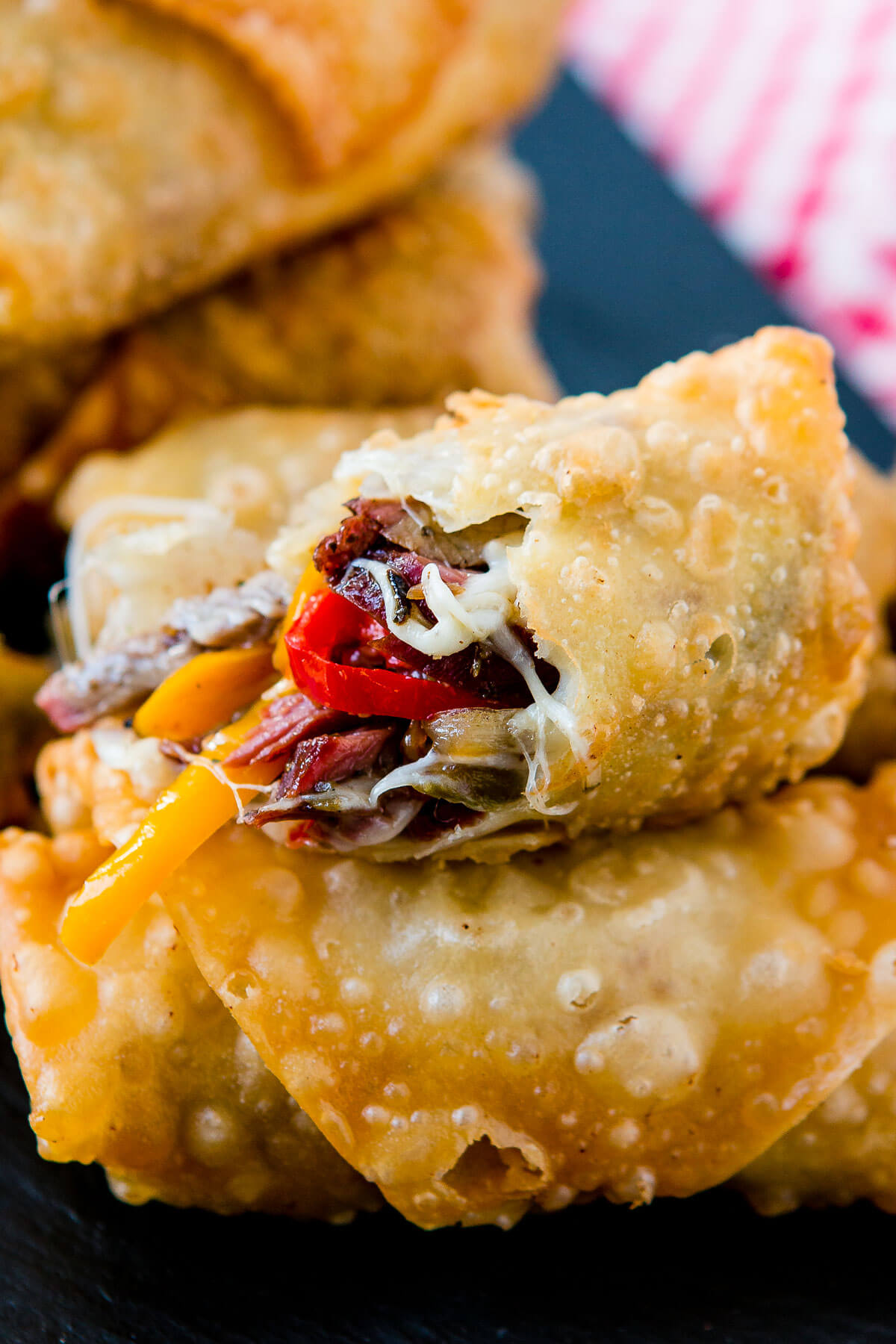 These Philly Cheesesteak Egg Rolls were delicious! I was trying to think up some kind of football food that I could make when mini phillys popped into my head, immediately followed by, “Oh my goodness, Philly Cheesesteak EGG ROLLS!”. That was it. I had to try to do it.

Can Philly Cheesesteak Egg Rolls be Made Ahead?

Philly Cheesesteak Egg rolls can be prepared ahead of time and frozen (both cooked and uncooked). 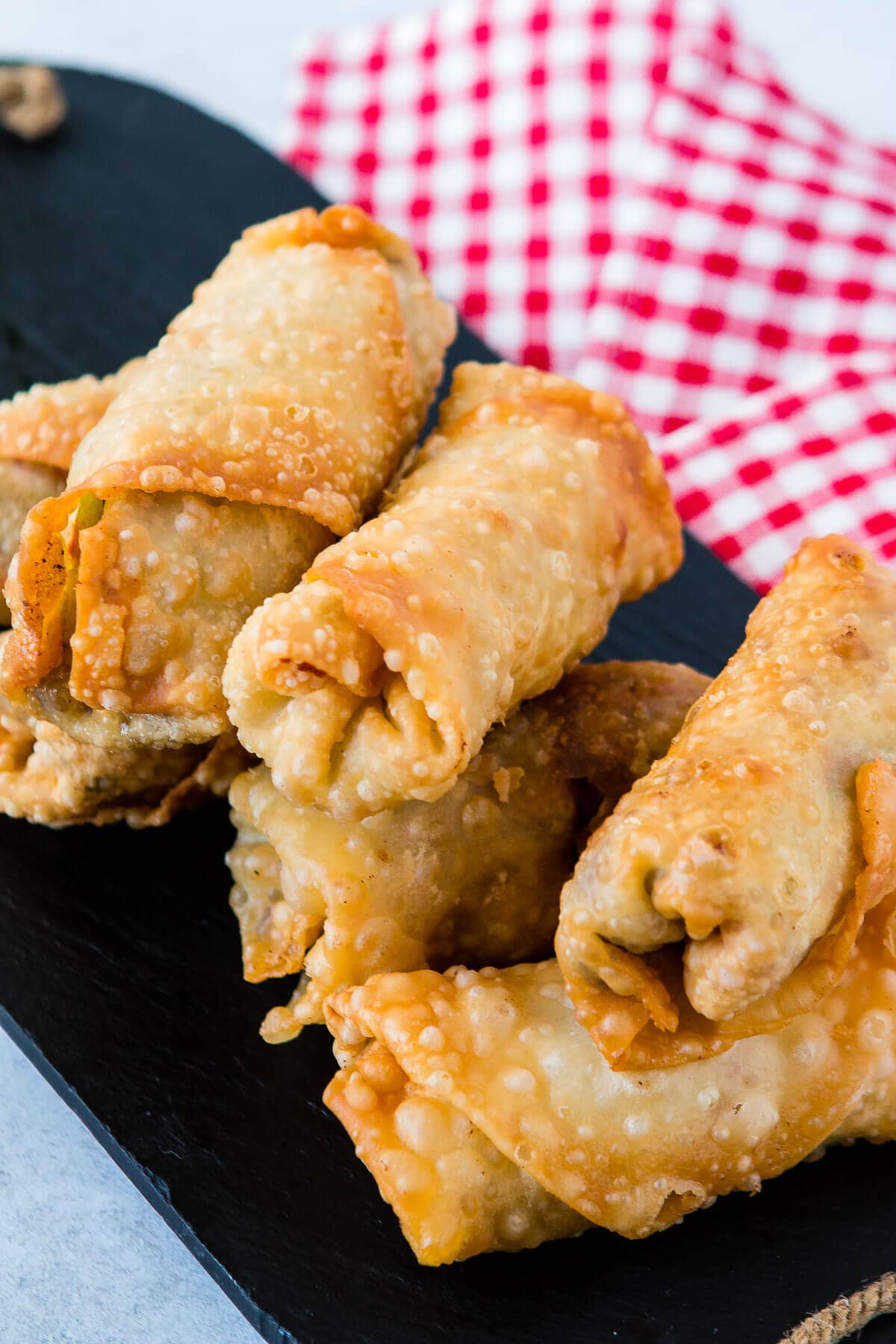 Good appetizers and snacks for football games can get a little repetitive; who wants some meatballs, chips and dip and brownies? But these Philly Cheesesteak egg rolls, that’s blowing things out of the park.

Here’s a quick run down on exactly how to make them.

I have no way to force you to try these, but if I could I would. They are crunchy, cheesy, a little sweet and snappy from the peppers and a whole lot of juicy from the meat. PERFECTION.

Are Egg Roll Wrappers the Same as Won Ton Wrappers?

They are square sheets of yellowish dough made from wheat flour, egg and water.

The dough, basically an egg-noodle dough, is the same dough that Eggroll Wrappers are made from.

Wonton Wrappers, however, will only be about 3 1/2 inches (9 cm) across, about 1/4 the size of an Eggroll Wrapper. 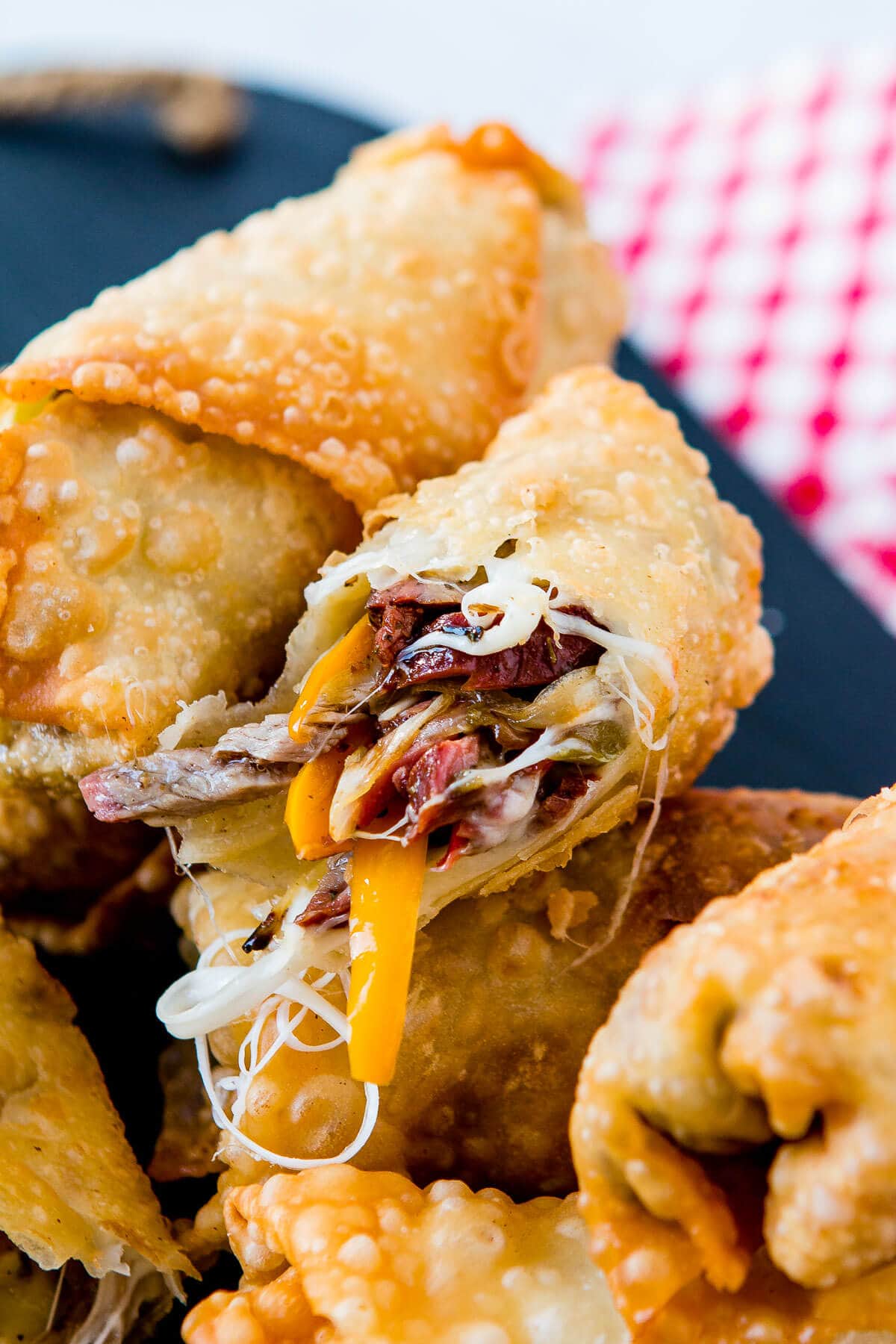 We used leftover smoked tri tip that we had previously cooked up on our Traeger Pro Series, but we’ve also used the meat from our French Dip sandwiches and that turned out so awesome too. If you’re in a pinch, don’t stress, just use pre sliced deli meat and you’ll be just fine. Or you can also thinly slice the meat and cook it up in a pan in a matter of minutes. 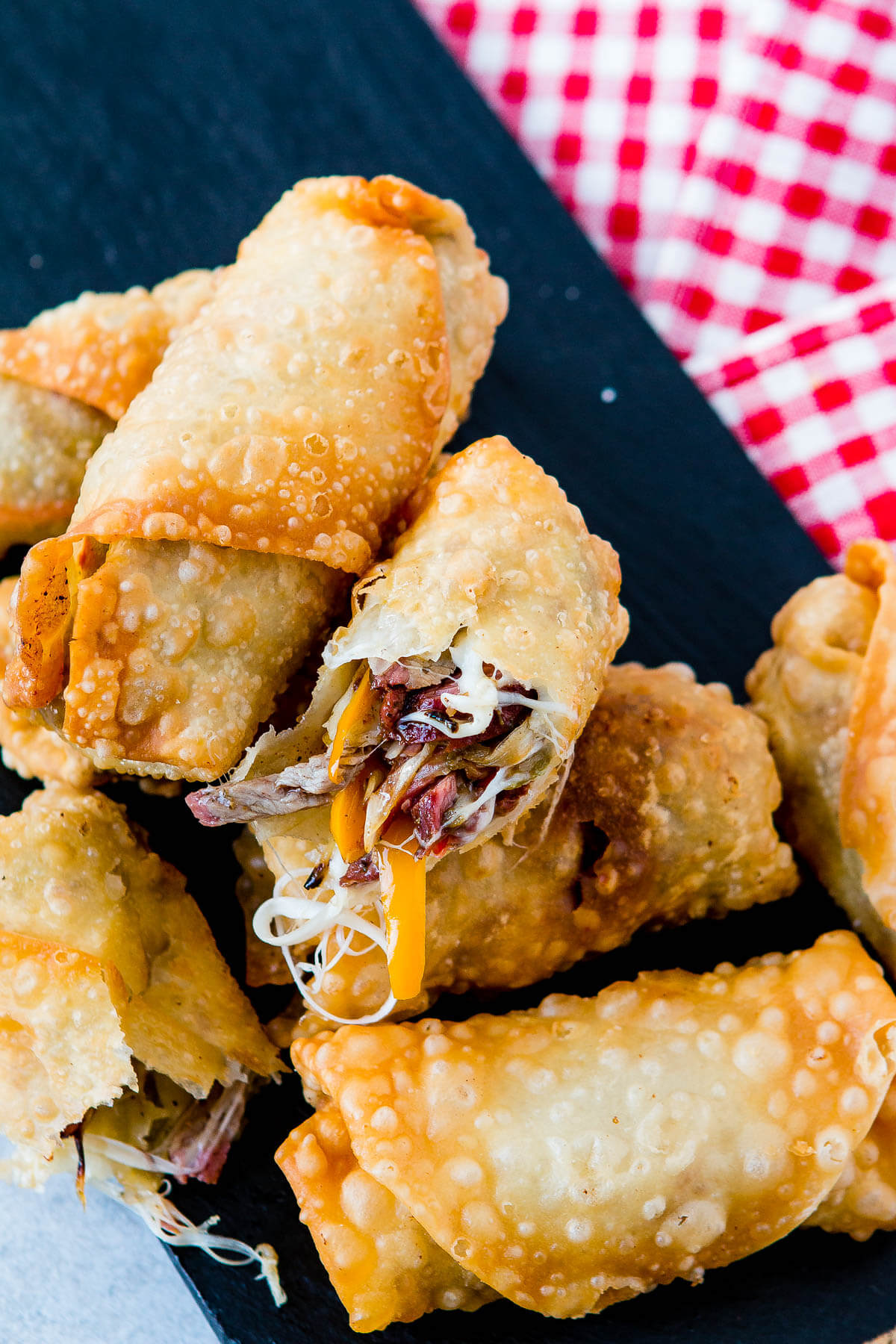 If you do not want to fry your egg rolls, they can be baked.

This Le Creuset dutch oven is our choice for frying as it heats the oil evenly and the oil doesn’t get absorbed into the pan at all. We also choose to use peanut oil for frying as it holds up to heat better than other oils and has a good flavor for egg rolls. 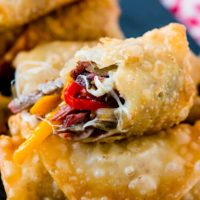 This classic sandwiches is brought a little more flavor with slow cooked beef. 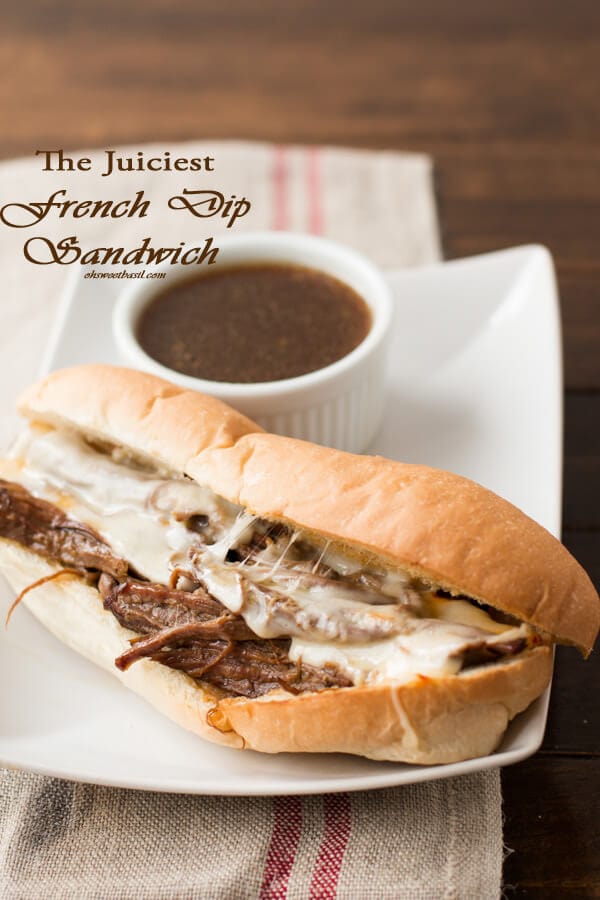