Take advantage of the remaining plum season to make this super easy Plum Galette. Flaky pie crust is filled with juicy plums, flavored with warm cinnamon, it is the perfect transition dessert from Summer to Fall! 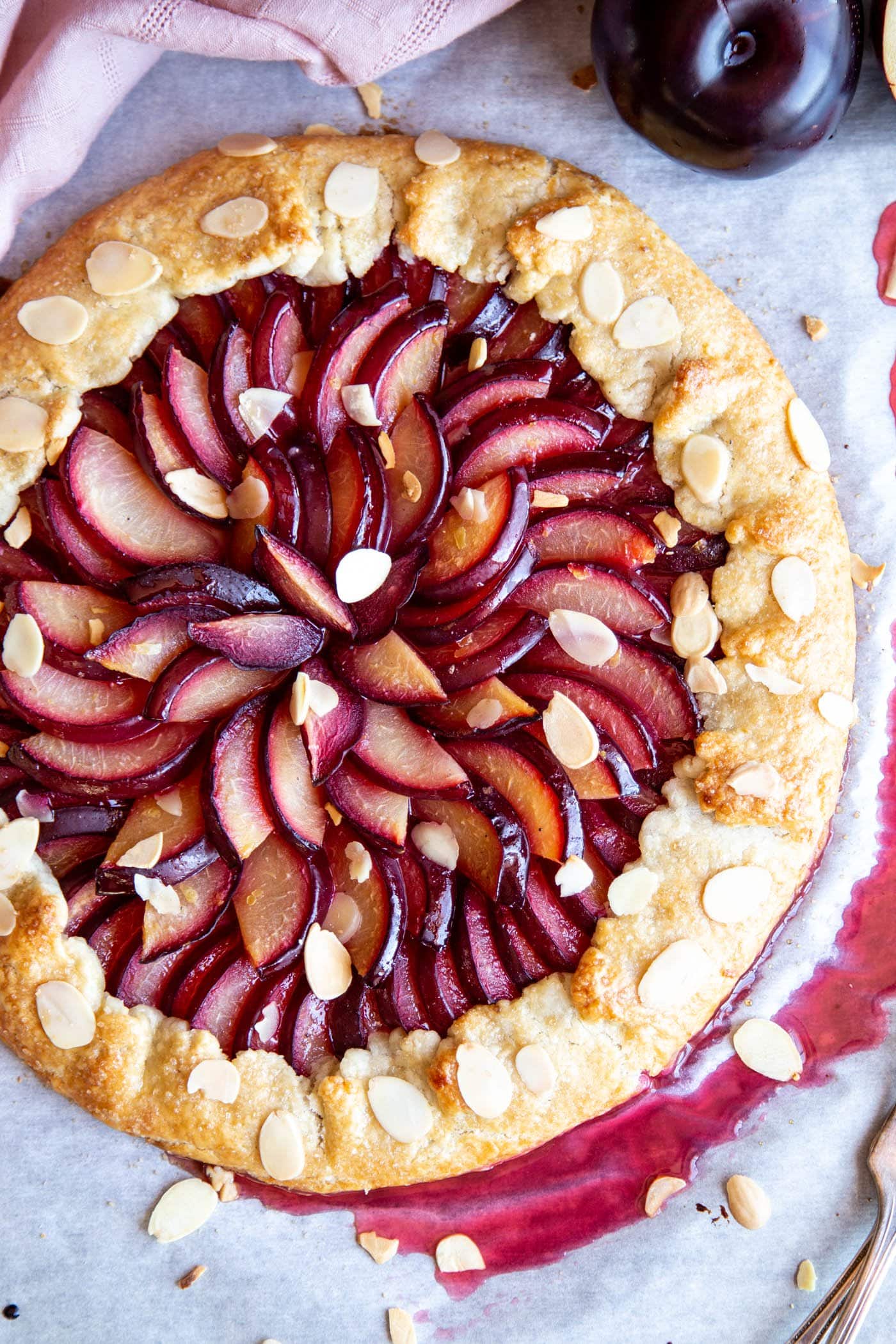 Are you tired of all the heat and already looking forward to Autumn with all of its amazing Fall desserts like this Pumpkin Bundt Cake, or this beautiful Apple Pear Pie? I totally feel you! But I want to introduce you to a great season transition treat, this super easy Plum Galette.

How to make Plum Galette

I used an all butter pie crust or a pate brisee for this recipe. But if you have a pie dough recipe that has been passed down in your family like this Mom’s Magic Pie Crust, feel free to use it instead! 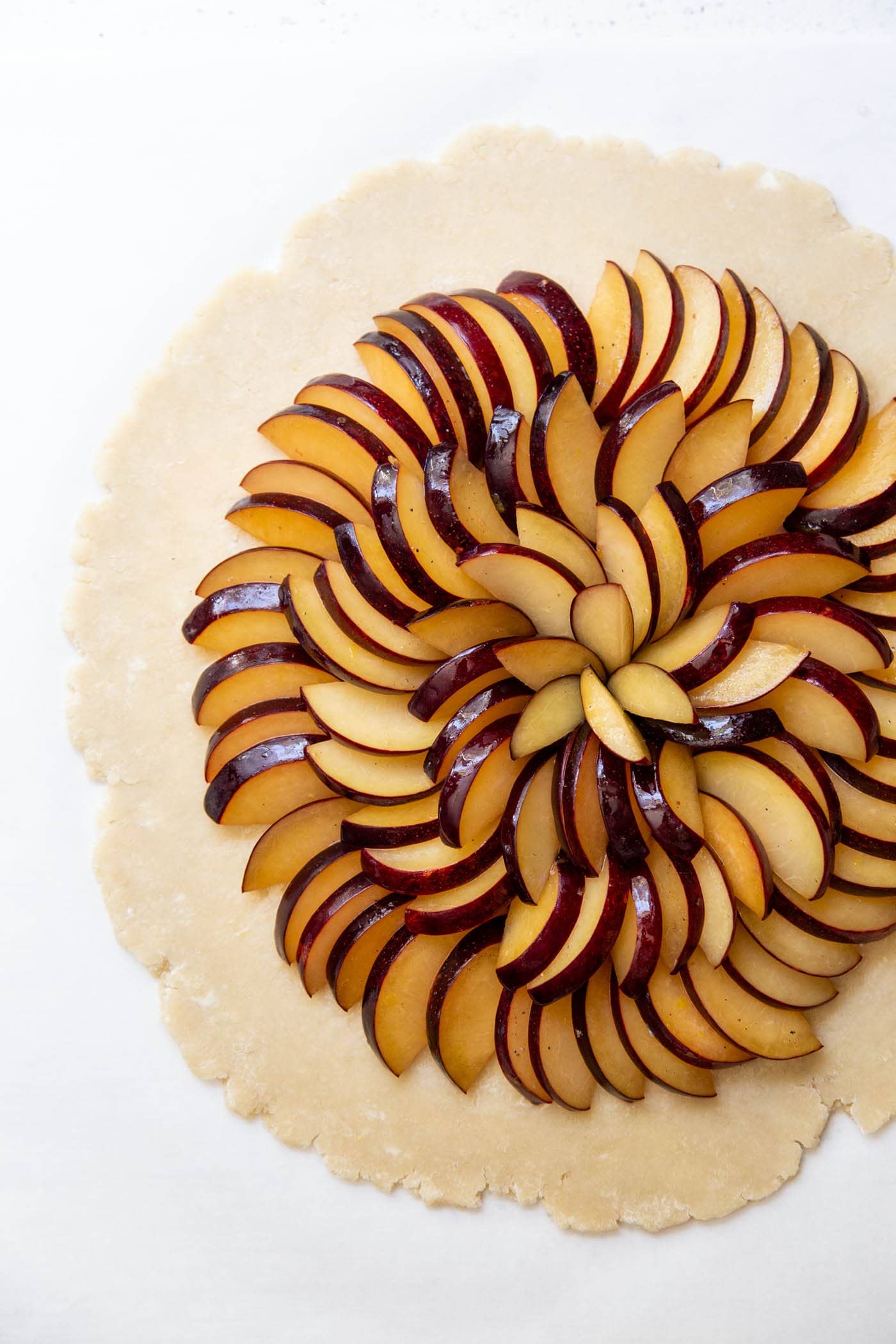 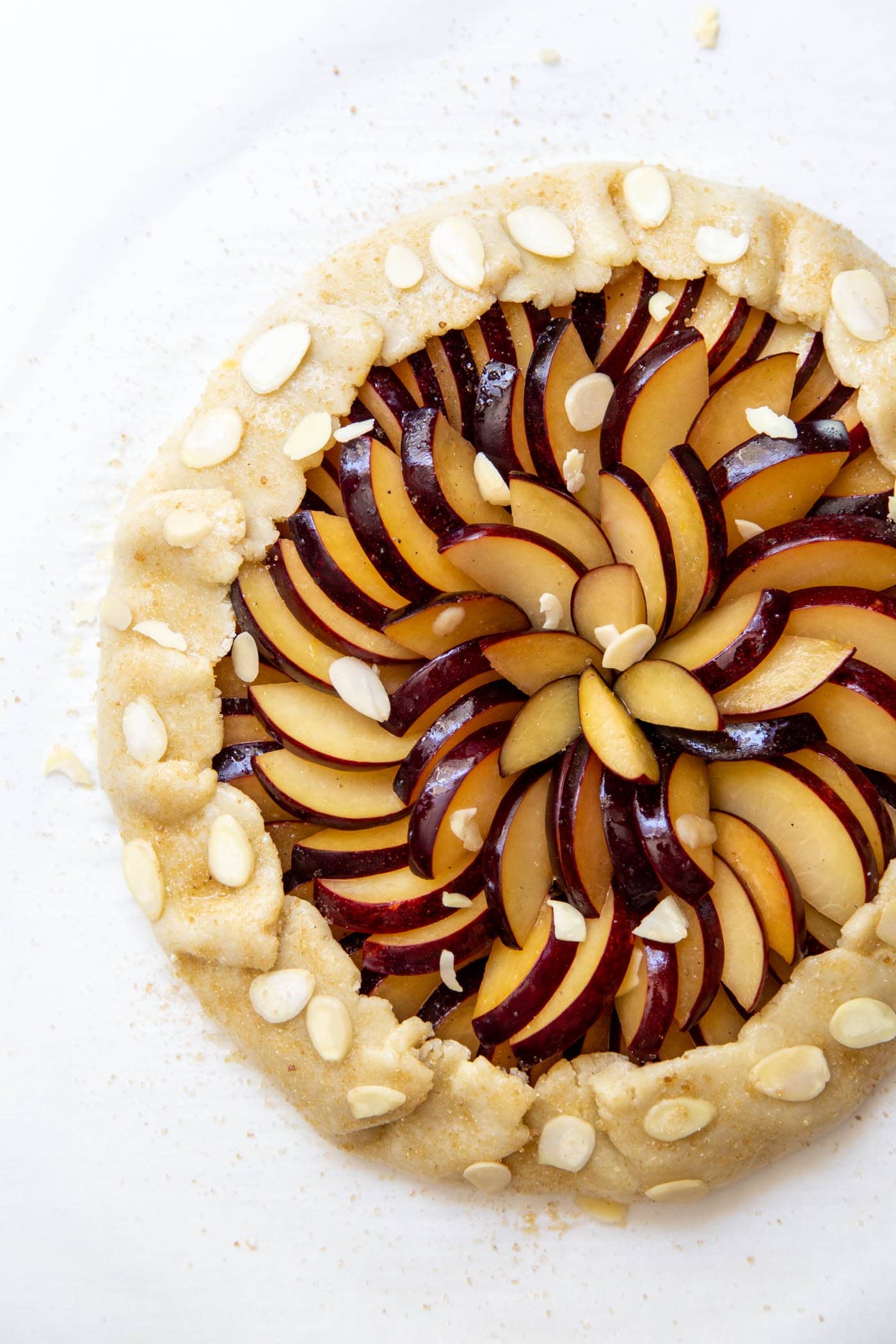 Can I use store bought pie dough?

Absolutely, you can save time by using store bought pie dough. Just be sure to buy one you can roll out and not one that’s already shaped into a pie pan.

How to store leftover

You can leave leftovers on the counter overnight but if you’re planning to keep them for more than a few days, it is best to refrigerate. Refrigerated, the plum galette will last for 5 days to a week.

You can serve it cold straight from the refrigerator or you can warm it up in the oven at 350°F for 5 minutes or so to crisp up the crust. Serve it with whipped cream or a scoop of vanilla ice cream. 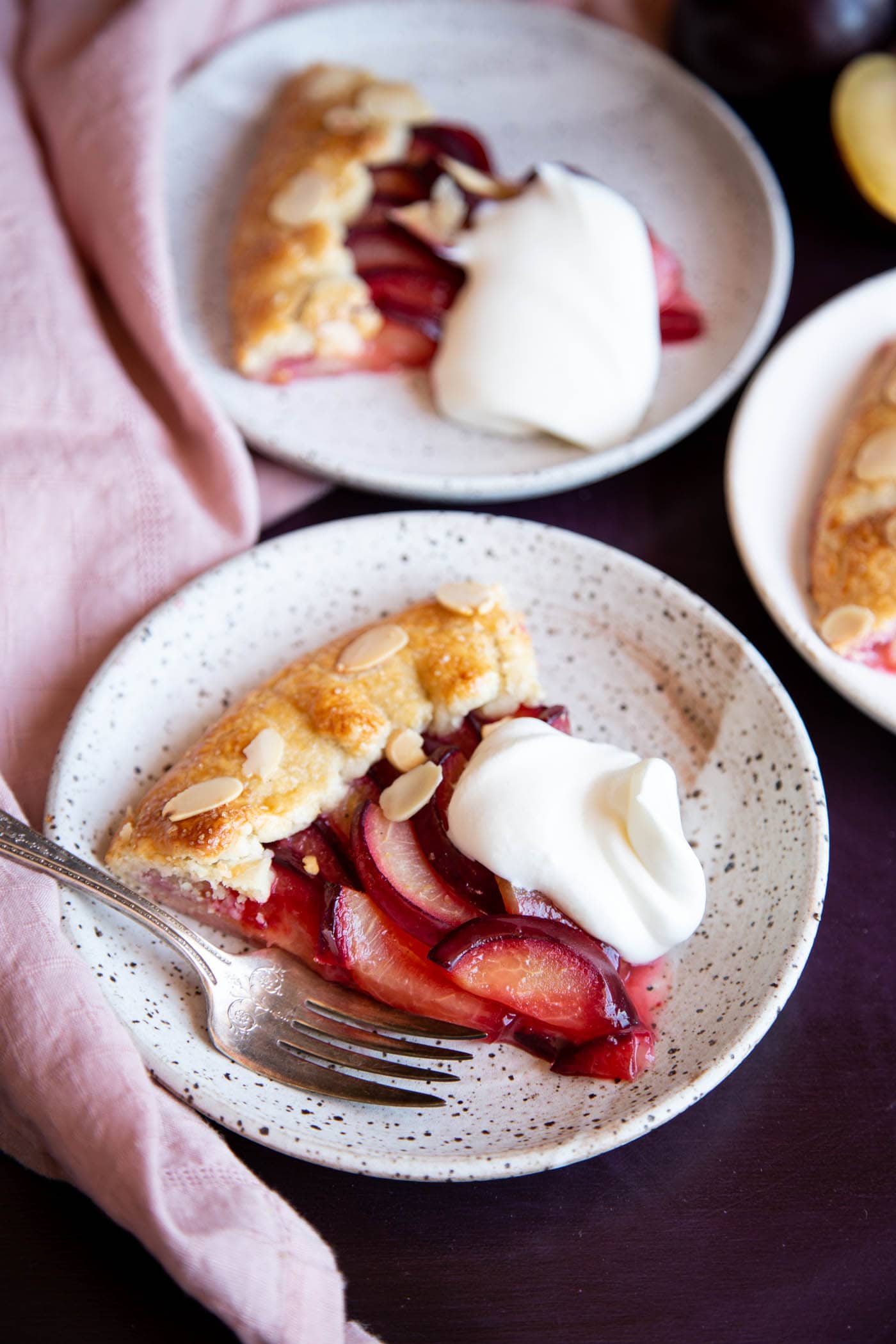 If you make this recipe, we’d love to see a photo. Tag us on Instagram @wildwildwhisk and @ohsweetbasil. Happy baking! 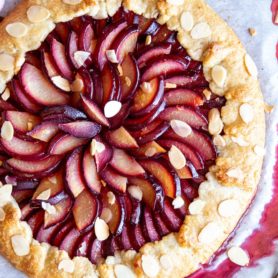